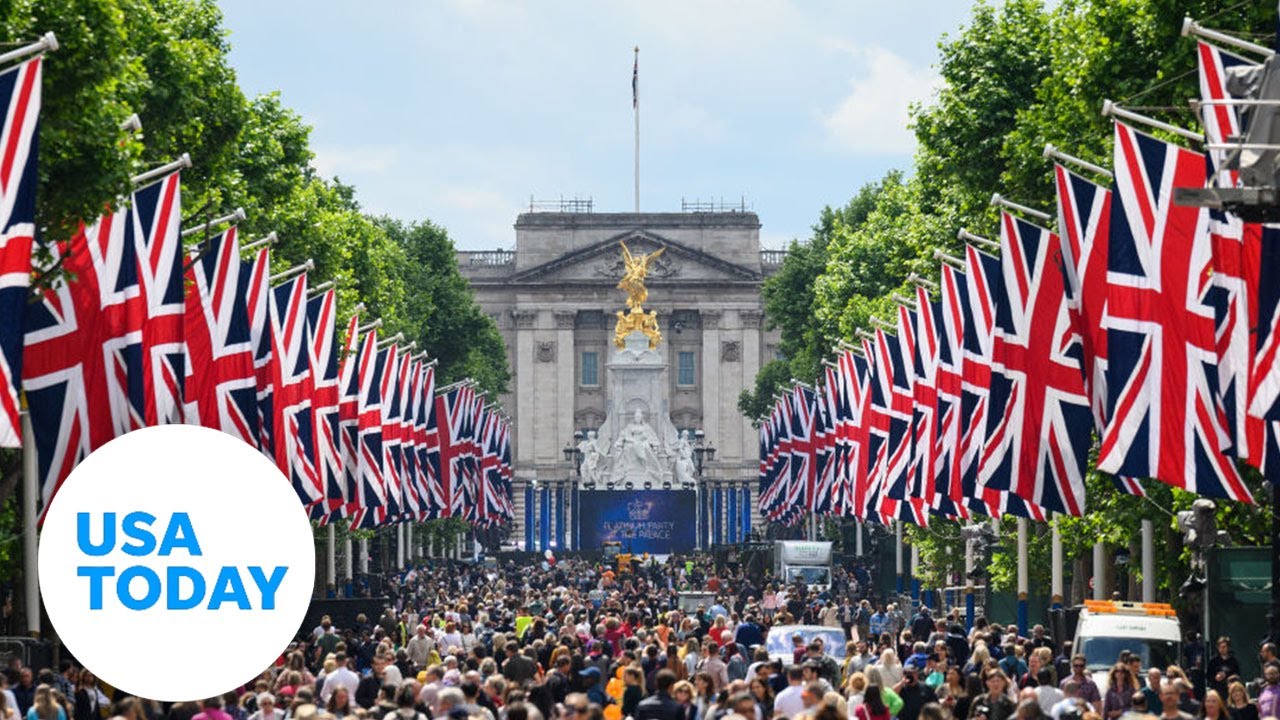 An historic portrait for an historic occasion: Queen Elizabeth II released a specially commissioned portrait Wednesday to mark the opening of her four-day Platinum Jubilee celebrating her unprecedented 70 years on the throne.

The photo shows her posed among reminders of her royal predecessors at Windsor Castle, the 952-year-old fortress where she now lives fulltime.

Taken on May 25 by photographer Ranald Mackechnie, the photo shows the queen before a window in the Victoria Vestibule, which is part of the private apartments at the castle and is named for the queen's great, great grandmother, Queen Victoria.

In the background are the castle’s iconic Round Tower, which now houses the Royal Archives and historic photographs in the Royal Collection, and the statue of King Charles II that stands in the castle Quadrangle.

The queen, 96, also issued a message ahead of the jubilee celebrations, which begin Thursday. The message is included in the official Platinum Jubilee program:

"Thank you to everyone who has been involved in convening communities, families, neighbours and friends to mark my Platinum Jubilee, in the United Kingdom and across the Commonwealth," the message says, according to Buckingham Palace.

"I know that many happy memories will be created at these festive occasions. I continue to be inspired by the goodwill shown to me, and hope that the coming days will provide an opportunity to reflect on all that has been achieved during the last seventy years, as we look to the future with confidence and enthusiasm."

It was signed ELIZABETH R.

The palace announcement said the queen is wearing a coat and dress in a dusky dove-blue fabric of wool Charmelaine embellished with pearl and diamante trim around the neckline and cascading down the front of the coat. The outfit was created by her longtime designer, dresser and close aide, Angela Kelly.

In a statement, Machechnie said, “It is an honour to be asked and a privilege to undertake" the commission to produce the official Platinum Jubilee portrait.

Mackechnie has taken two previous portraits of the queen, both alongside her direct heirs: Her son, Prince Charles the Prince of Wales; his elder son, Prince William, and his eldest child, Prince George. The first portrait celebrated the queen's 90th birthday in 2016. The second, published in 2020, marked the beginning of the new decade.

The photo is the latest of the queen released during this 70th year of her reign, the longest of any monarch in English or British history. In February, to mark the day she became queen in 1952 after the death of her father, King George VI, the palace released a new photo to mark Accession Day.

Smiling broadly and wearing a pale green dress, she is shown in the Saloon at  Sandringham, her Norfolk estate, sitting with one of her red dispatch boxes full of government papers, a picture of her father by her side. The photo seemed designed to convey her delight at reaching this milestone and her firm promise to keep at her job.

Although she was locked down at the castle during the COVID-19 pandemic, and her mobility issues plus a bout with the virus have kept her away from public appearances in the last year, the palace has arranged for her to be photographed at home greeting official visitors, working on state papers, or being shown historic artifacts assembled as part of the jubilee celebrations.

Begun by William the Conqueror in 1070, Windsor Castle lies about 25 miles west of London. According to a brief history supplied by the palace, it originally was walled with timber. In the late 12th century, Henry II began to replace the outer fortifications in stone; the original Norman keep was rebuilt as the Round Tower in 1170.

In the 14th century, Edward III turned Windsor Castle from a military fortification to a Gothic palace. The transformation continued under subsequent monarchs, in particular King George IV who came to the throne in 1820. He and his artistic advisor, Sir Charles Long, wanted the exterior of Windsor have a more imposing, castle-like appearance, which eventually entailed doubling the height of the Round Tower, re-clothing the exterior in massive masonry, and the addition of towers and battlements.

The King Charles II statue is the work of woodcarver and sculptor, Grinling Gibbons, appointed Surveyor and Repairer of Carved Work at Windsor in 1682. It is one of three Gibbons statues of the third king of the Stuart dynasty, who died in 1685.