‘May your life be horrific, painful.’ Nikolas Cruz formally sentenced to life in prison 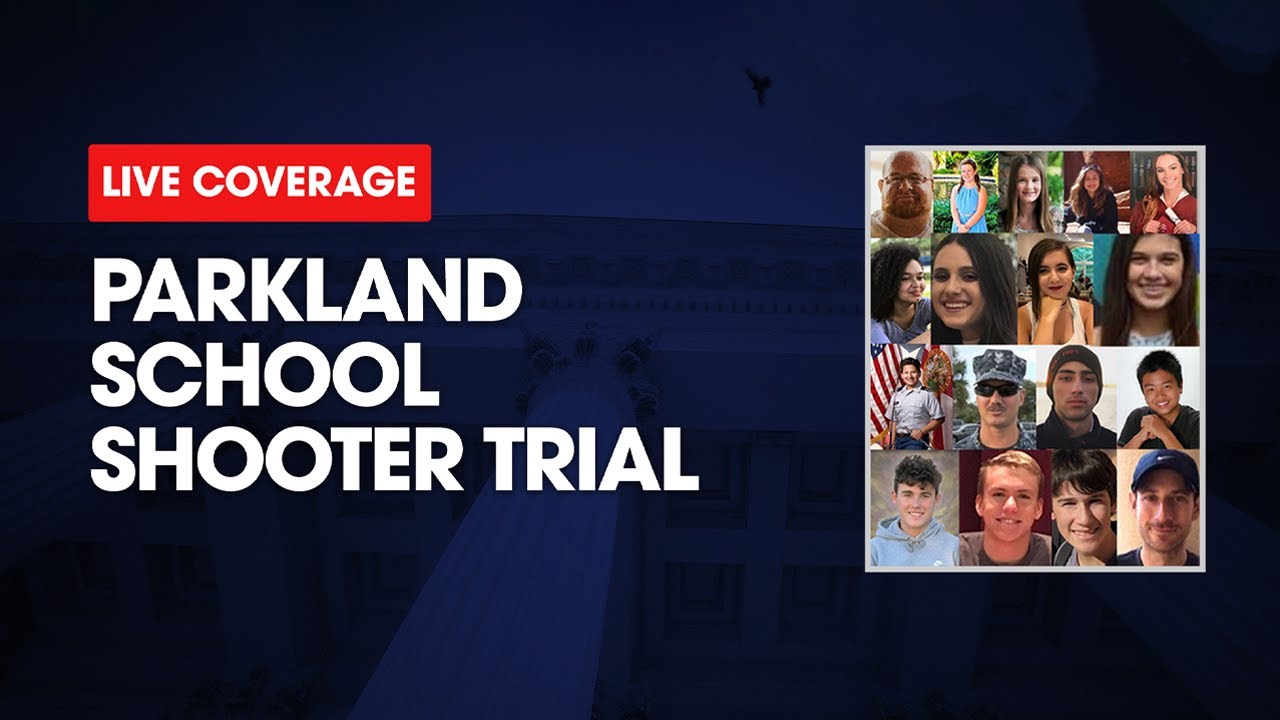 FORT LAUDERDALE — A judge formally sentenced the Parkland school shooter to life in prison without parole at the conclusion of his sentencing hearing Wednesday.

The two-day hearing, which began Tuesday, gave rise to emotional testimony and tense confrontations reminiscent of the nearly three-month trial that preceded it. Jurors voted to spare Nikolas Cruz's life in October, more than four years after he killed 17 people and wounded 17 others at Marjory Stoneman Douglas High School.

While jurors found that the aggravating factors like Cruz's cold and calculated behavior were sufficient to warrant a possible death penalty, at least one believed they were outweighed by mitigating circumstances, like Cruz's plight with mental illness.

Their decision was met with dismay and disgust by the victims' family members, the last of whom spoke Wednesday before Circuit Judge Elizabeth Scherer passed the sentence.

Jennifer Guttenberg, whose daughter Jaime died in the third-floor hallway at Stoneman Douglas, admonished Cruz for hiding his expression with a face mask. He immediately took it off.

She began by explaining the rules and restrictions put upon the victims' families throughout the trial: None could wear colors symbolic of their loved ones, she said, or audibly react to details about their children's murder.

The list goes on, she said. They've done their best to adhere to the rules while enduring the unthinkable — including the defense attorneys' "blatant disrespect."

"Not a single one of you has actually even looked in our direction, made an effort to say 'We're sorry for your loss,' ever," added her husband, Fred Guttenberg.

He understands that they had a job to do, "defending the indefensible," he said. But it never required them to give up their humanity and decency, "which you did," Guttenberg said.

"That was a choice you made."

A point of contention for the Guttenbergs, as well as for the parents of Scott Beigel and sister of Joaquin Oliver who spoke after them, was a request made Tuesday by Cruz's defense team to reign in the victim impact statements.

Chief Assistant Public Defender David Wheeler called the animosity some speakers aimed at them "highly improper," accusing the family members of trying to incite violence against them and their loved ones.

"Are you freaking kidding me?" said Michael Schulman, Beigel's stepfather. "Ask me if I feel sorry for Mr. Wheeler, or Ms. McNeill, who had such thin skins that they objected during this proceeding."

He scoffed at the implication, saying that the only violence in this case stemmed from the gunman they defended.

Girlfriend of Stoneman Douglas victim 'would have wished' love for Cruz

In a written statement read aloud by a friend in court, April Schentrup, whose daughter Carmen died on the floor of her classroom, said convicted mass shooters should earn an automatic death penalty. She called on legislators to make it easier for judges to pass the sentence.

Carmen deserved better than what the jury gave her, she said.

Schentrup said she misses her daughter's silly jokes, her eagerness to follow her older brother's footsteps and her command of the crowd when playing the violin, even though she had stage fright. She misses her at-home karaoke, her hugs before bedtime, her fake British accent — even her eye rolls.

The woman reading Schentrup's statement started to move back to her seat before a prosecutor reminded her of a portion she'd forgotten to read: a thank-you to the assistant state attorneys who prosecuted Cruz, and a chiding to the jurors who spared his life.

Victoria Gonzalez, the girlfriend of Joaquin Oliver, took her place at the podium afterward. She and the gunman had a class together in 2017, she said. Gonzalez remembers holding her breath each time the teacher stopped at Cruz's desk to collect his homework.

She was rooting for him, she said, crossing her fingers in her lap each day and hoping that he had done the work.

"You had no idea who I was, and I was rooting for you," Gonzalez told him Wednesday. "Because I felt like you needed someone, or you needed something. I could feel that."

She met Joaquin every day after that class, Gonzalez said, Cruz sometimes nagging at the back of her mind. She was afraid he might be suffering.

Now Joaquin is gone, Gonzalez said, and so is her empathy for his killer. She once blamed society for creating the hatred in him, but her feelings have since morphed.

"I stand here to say that I do blame you," Gonzalez said, a pendant with Joaquin's face on it pinned to her shirt.

She can't make friends now or build relationships, because she's constantly looking over her shoulder for the next threat. "I'm alone all the time," she said. She won't let anyone see the light in her that Joaquin saw. He loved her, and he'll be the last to.

Joaquin would have loved Cruz, too, Gonzalez added, if he'd met him.

"I'm sorry your heart knows nothing of warmth," she said. "I would have wished that for you."

Samantha Fuentes, a survivor of the shooting and former JROTC classmate of Cruz's, asked the gunman if he remembered her "little battered, bloody face" staring back at him as he sprayed bullets through the window of her classroom door. She could have sworn they locked eyes.

Cruz stared at her from his seat at the defense table, unreactive.

Three students killed themselves in the aftermath of the shooting, Fuentes told him. She wants to die, too, sometimes. If she doesn't take her own life, she said, she's constantly afraid someone else will.

Fuentes, a senior at the time of the shooting, said she remembers the person Cruz was before the massacre: terrorizing and threatening, even to the people who tried to get to know him better, she said.

"You were a hateful bigot with an AR-15 and a God complex," Fuentes said. "You still are, minus the gun."

She picked apart the image of Cruz built by his attorneys, one wracked with mental illness and brain damage. Racism isn't a characteristic of mental illness, she said. Neither are carefully executed plans or detailed manifestos.

When dealt a hand that put him at odds with the world, Cruz threw a tantrum of colossal and lethal size "like a pathetic entitled child," she said.

"You might have every one else fooled. But not me," she said.

The gunman has no power any more, she continued, no future, no forgiveness. He'll leave the courtroom in handcuffs and with the memory of her face in his mind. She hopes it makes him sick.

When he pleaded guilty to carrying out the deadliest high school shooting in U.S. history, Cruz asked for forgiveness. He got none of that Wednesday, as the first of the day's speakers skewered him in the courtroom

The sentiment of their statements was in line with those made Tuesday. Annika Dworet, whose 17-year-old son Nicholas was killed in the shooting, asked what crime, if not Cruz's, could warrant the death penalty. She read aloud the names of the 17 who died.

Alyssa Alhadeff's mother, Lori, said she would have done anything for her daughter — including running into the Stoneman Douglas freshman building to confront the killer herself. Facing him now, she said: "May your life be horrific, painful and shown no mercy."

"You're nothing but a coward," he told the gunman.

While Ilan works to keep his daughter's memory alive, Cruz will "remain in a cage like the creature" he is, the father said. He prays he rots there.

He concluded his statement with a request of the prison guards charged with overseeing Cruz: Forbid TV, internet, mail and education, he said, and put him in a shock collar.

Hannah Phillips is a journalist covering public safety and criminal justice at The Palm Beach Post. You can reach her at hphillips@pbpost.com.