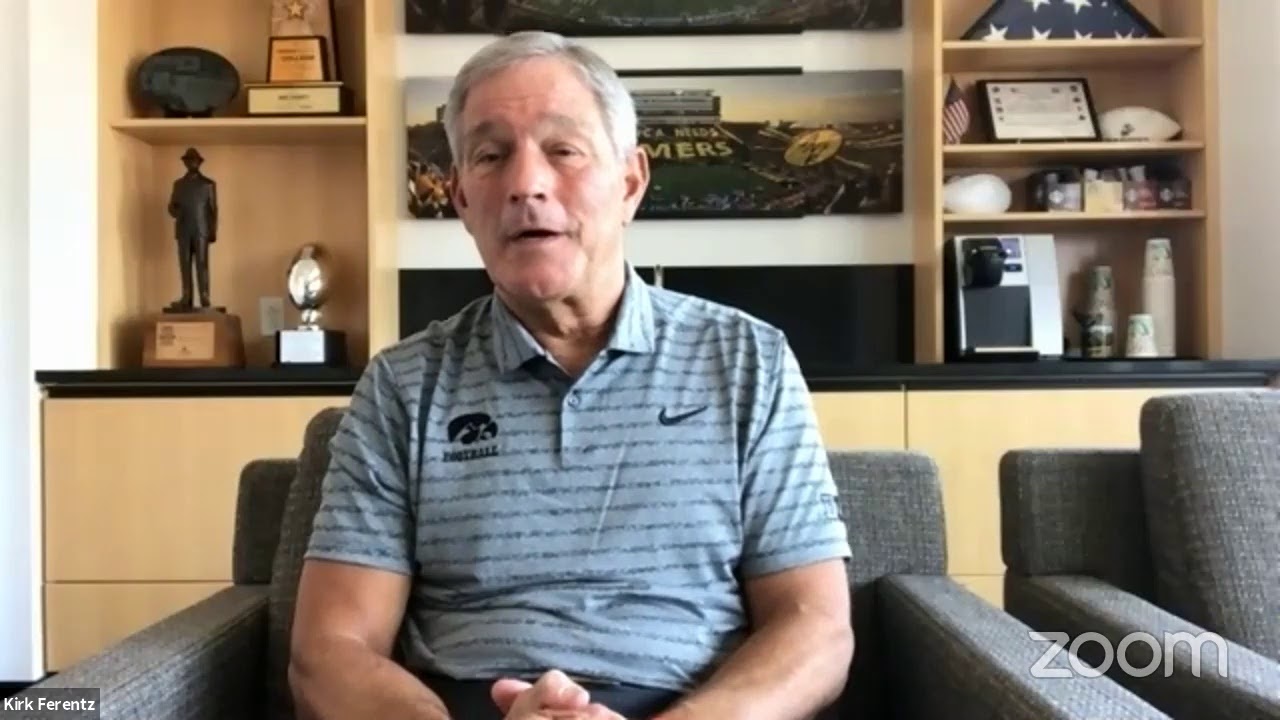 Only three more empty Saturdays before the Big Ten Conference football season resumes. For now, the Iowa Hawkeyes have gone into a bunker of preparation.

They practiced 10 times in 12 days ahead of Wednesday's first allowed day of full contact. That'll mark Iowa's first padded practice since before the Holiday Bowl.

There haven't been any permitted media interviews since practice began. Nor is a depth chart expected soon.

So, to spark a little Hawkeye football discussion, I asked my awesome text-message group (it's included in your subscription ... feel free to sign up at this link) for questions.

Their responses provoked a lot of good discussion, so I'm breaking this up into two parts.

Since this is a “free” year of eligibility, do you see any seniors coming back for the fall 2021 season?

I got many variations of this question, as it pertains to the NCAA’s blanket approval for an extra year of eligibility for fall-sports athletes … whether they play zero games or 10 games. The waiver allows for a one-time exception for football to go over its 85-scholarship limit; however, universities (facing well-documented athletics budget shortfalls) are not obligated to come up with that money.

That said, I think Iowa will do right by any athlete who wants to take advantage of this rule. It’s too early to say how this will unfold. I think the rule could benefit seniors who may see this year cut short by injury, with the hope to come back stronger in 2021.

One position group that I could see the rule benefiting is specialists, who aren’t typically NFL Draft picks anyway. Iowa has a pair of excellent fifth-year senior placekickers in Keith Duncan and Caleb Shudak; if one of them wanted to come back for a sixth season, the Hawkeyes would certainly be smart to make room.

Remember, though, this rule also is good for younger players. For example, even if true sophomore Jack Campbell starts every game at linebacker, he will still be just a sophomore eligibility-wise next fall.

Another example I thought about: What if slot receiver Nico Ragaini (who has 47 career catches entering his redshirt sophomore year) wants to play at Iowa for another four years? He could! And if he does, he would obliterate Kevonte Martin-Manley’s all-time receptions record of 174.

Can Iowa maintain its usual level of success with Chris Doyle no longer part of the program?

There is an odd mix of mystery (on the outside) and familiarity (on the inside) with new interim strength and conditioning coach Raimond Braithwaite, whose 16th year on Iowa’s staff is certainly his most challenging.

The university has not made Braithwaite available for interviews since the June 15 separation agreement with Doyle, the only coach to have lost his job over racial bias and mistreatment in the program that was later confirmed through an outside investigation.

Doyle was practically autonomous inside the sprawling Hansen Football Performance Center weight room and is still regarded by Ferentz as an excellent coach. Braithwaite doesn’t carry that type of commanding presence. He’s seen as a quieter leader, but from what I’ve been told, he has been well-received by players and has maintained the Doyle training philosophies in the Iowa weight room — albeit amid daunting circumstances during a global pandemic.

The absence of Doyle may be felt in the loss column, if we see Iowa get uncharacteristically handled in the trenches.

But who’s to say the on-field product won’t be better than before?

That was the hope of Black former players who spoke out against Doyle in particular, that his methods sucked the joy and passion out of too many talented prospects. I think we’ll see the usual brand of physical Hawkeye football under Braithwaite’s weight-room direction, with perhaps a little more personality and flair showing up on the field.

Does playing in empty stadiums help or hurt Spencer Petras?

An interesting question about Iowa’s first-time starting quarterback. The big problem for quarterbacks at road venues is typically crowd noise, and I could see that being an advantage for Petras on Nov. 21 at Penn State — where there might be 106 fans in attendance instead of 106,000.

However, this question has me thinking about the flip side: How will other quarterbacks be aided by not facing 69,250 boisterous fans at Kinnick Stadium?

It was just one weekend, but the first Saturday of conference games in the Big 12 saw three of five home teams lose (including Oklahoma). The first SEC Saturday saw five of seven home teams go down (including defending national champ LSU).

Especially in the Big Ten, which doesn’t plan to allow fans (other than family and essential university staff), home field might not mean much this fall.

Let’s talk Iowa basketball: How about three reasons that the Final Four hype is legit, and two that it might be irrational hype?

A little positivity and negativity, eh?

Though the statistics (23.9 points, 9.8 rebounds per game) will be difficult to top, consensus all-American Luka Garza will be better than he was a year ago.

After an injury-filled season, Iowa has delivered an admirable offseason commitment to physical wellness. The closest thing we saw to a “full strength” Iowa team a year ago was the 84-68 domination at Iowa State; we haven’t come close to seeing this team at its best.

The Hawkeyes are quite possibly the best team in the nation’s best conference, period. That bodes well for tournament seeding and a path to the Final Four.

Two reasons the Hawkeyes could be pretenders …

National basketball writer Rob Dauster outlined his biggest concern in a recent piece on Iowa (subscription required) that was ominously titled, “Well, if they could play defense.” As Dauster wrote, Iowa’s adjusted defensive efficiency ranked 97th nationally last season — and only one team (VCU in 2011) with a worse rating has reached the Final Four in the KenPom era (2002-present).

And then there’s the mere odds against making a perfect tourney run. Fran McCaffery has never made a Sweet 16 in 24 years as a head coach, let alone a Final Four. Assuming a field of 68, Iowa needs to be flawless in four straight high-pressure games against quality foes.

For now? We can definitively say that Iowa has Final Four potential.