Iowa freshman forward Joe Wieskamp talks about what makes him a good rebounder and defender. Yes, that does surprise some people, Wieskamp says. Hawk Central 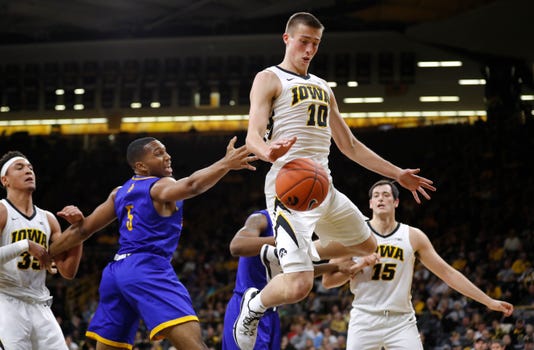 Maishe Dailey brought a little fire to the second unit.

It was an imperfect debut for the Hawkeye men's basketball team Thursday, but it did result in a 77-63 victory over Missouri-Kansas City at Carver-Hawkeye Arena.

Iowa didn't pull away from the Kangaroos until midway through the second half, which helped explain why the half-empty arena was subdued most of the evening.

But Wieskamp, a highly regarded freshman small forward, provided the most reasons for applause, finishing with a team-high 15 points on an otherwise-uneven night for the Hawkeyes.

Dailey, a junior wing player, scored 11 points off the bench and was a key reason Iowa was able to finally get some separation.

Junior stars Jordan Bohannon and Tyler Cook helped punctuate the victory with 12 points apiece. Neither had a field goal in the first half.

Iowa led 34-26 at halftime, thanks to the scoring of Wieskamp, a Muscatine native. He made four of his five 3-point attempts to put up 12 points. His teammates combined to for 1-for-12 from the arc.

The Hawkeyes maintained an edge thanks to 13-of-16 free-throw shooting, making the Kangaroos (0-2) pay for an aggressive style of play.

Before tipoff Thursday, Iowa announced that sophomore forward Jack Nunge will redshirt this season, alleviating a bit of the crowding in a front court that includes Tyler Cook, Luka Garza, Ryan Kriener and Cordell Pemsl. 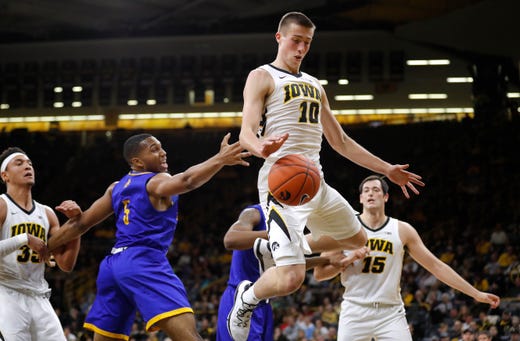 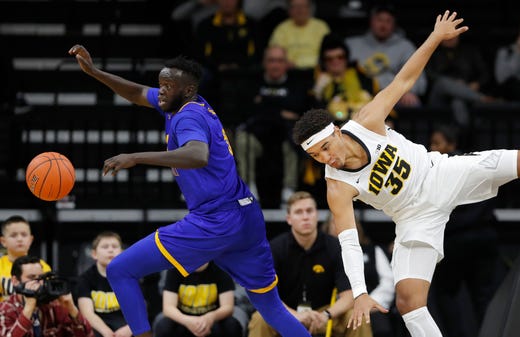 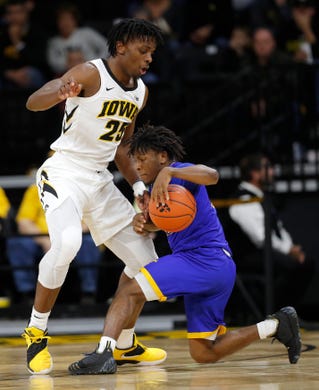 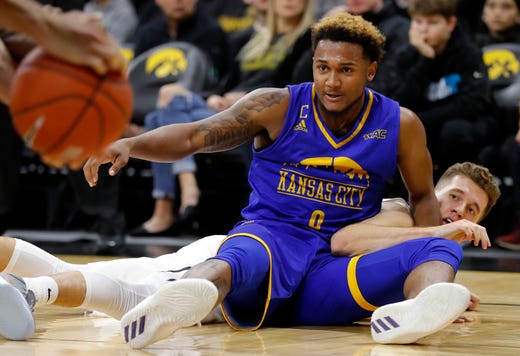 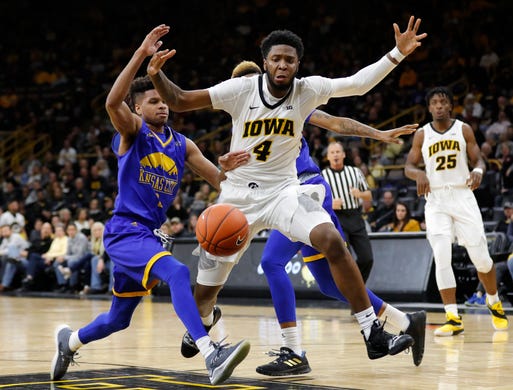 Nunge started 14 games at small forward last season, averaging 5.7 points and 2.8 rebounds. But the 6-foot-11 Indiana native is transitioning to be more of a low-post player and will have three years of eligibility remaining.

“This decision is not related to an injury, but rather I would like to take the opportunity to use this year to grow my skillset and get stronger," Nunge said in a university news release. "We have an incredibly deep team and I look forward to helping make my teammates and myself better in practice this season.”

Freshman guard CJ Fredrick is also redshirting this season, meaning coach Fran McCaffery will have only 10 scholarship players at his disposal, forcing him to tighten his rotation. He frequently used 11 players last year.