Iowa had some second-half defensive letdowns, but a swift start was more than enough Hawkeye cushion. 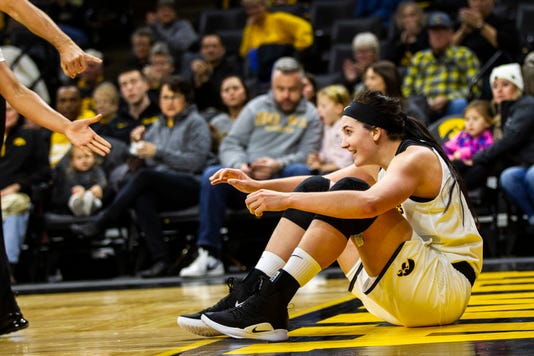 Iowa forward Megan Gustafson (10) smiles after making a basket while being fouled in the paint during a women's NCAA basketball game on Friday, Nov. 9, 2018, at Carver-Hawkeye Arena in Iowa City.(Photo: Joseph Cress/Iowa City Press-Citizen)Buy Photo

IOWA CITY, Ia. — Get in, get out without any drama. Everyone sees the floor and nobody gets hurt.

That was Friday’s agenda for the Iowa women’s basketball team as the No. 17 Hawkeyes opened their much-hyped season against Oral Roberts at Carver-Hawkeye Arena. Call it a successful plan with little suspense in Iowa’s convincing 90-77 win.

The Hawkeyes (1-0) played 10 in the first quarter, seven of whom scored. A 34-9 advantage early in the second was enough cushion for the night. 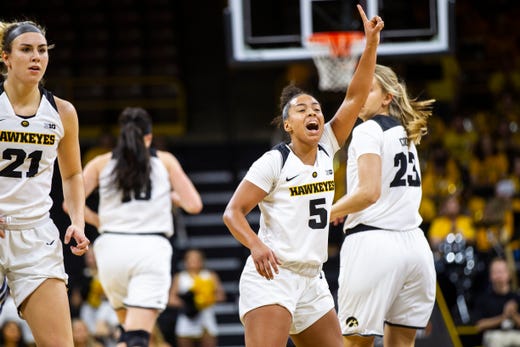 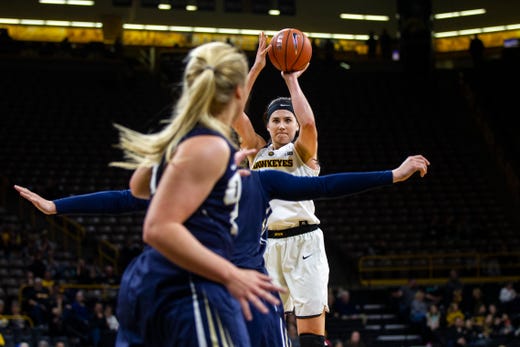 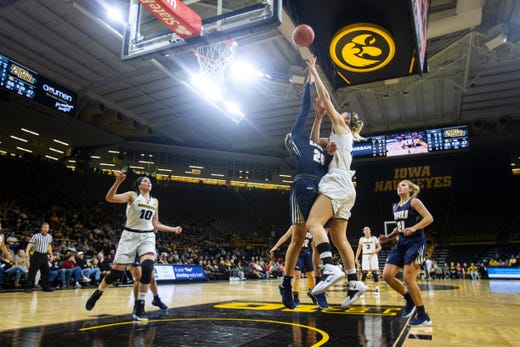 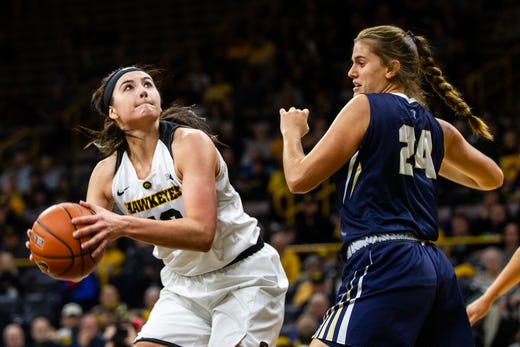 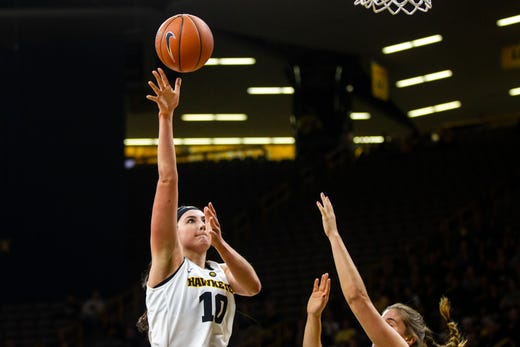 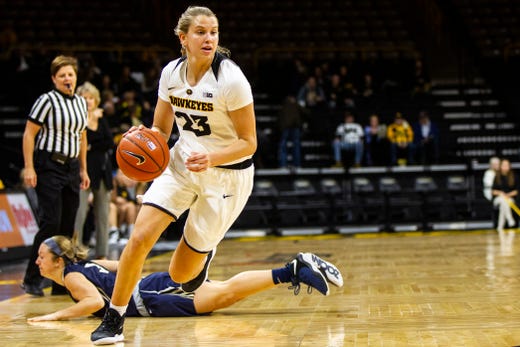 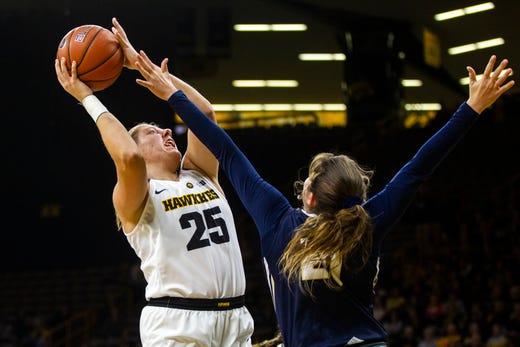 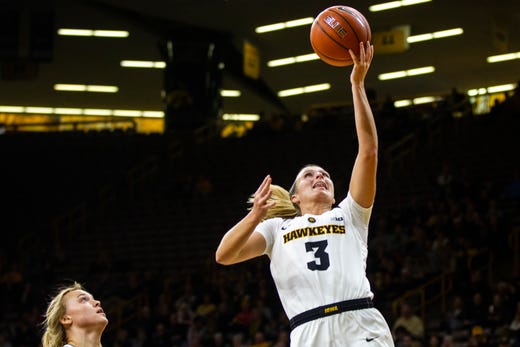 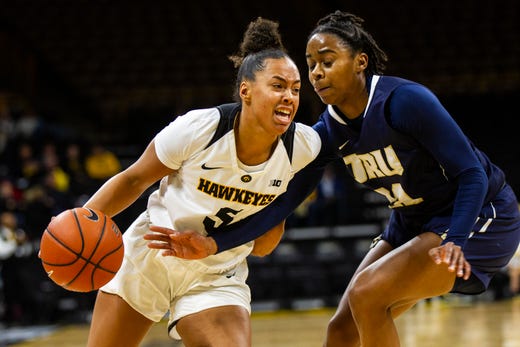 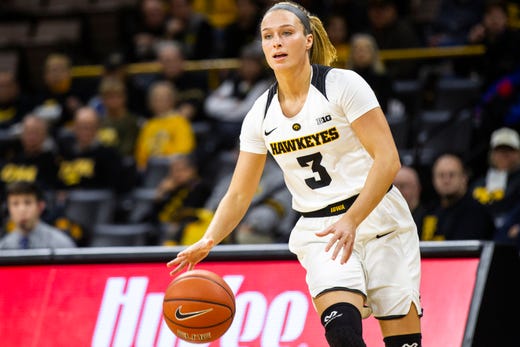 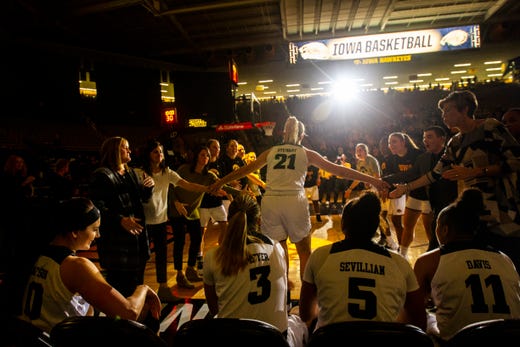 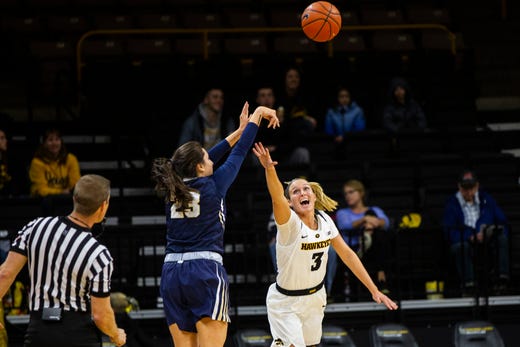 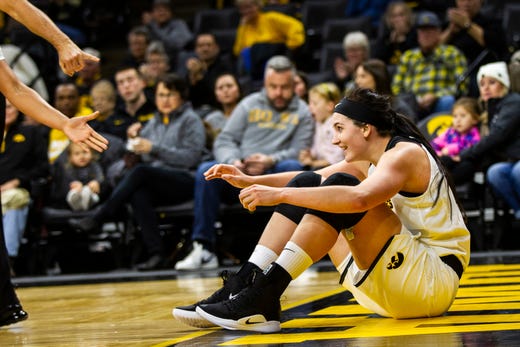 Iowa forward Megan Gustafson (10) smiles after making a basket while being fouled in the paint during a women's NCAA basketball game on Friday, Nov. 9, 2018, at Carver-Hawkeye Arena in Iowa City. Joseph Cress/Iowa City Press-Citizen
Fullscreen 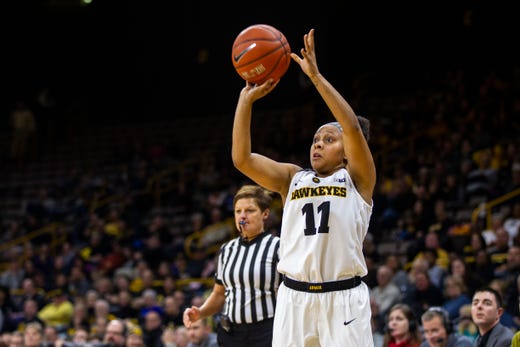 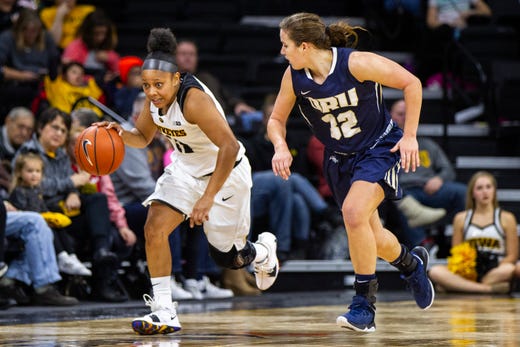 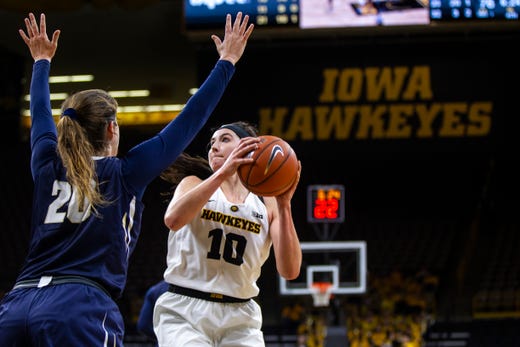 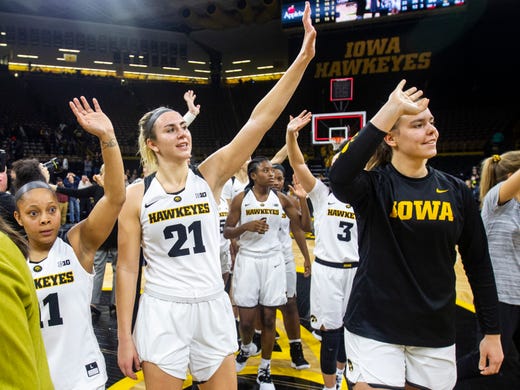 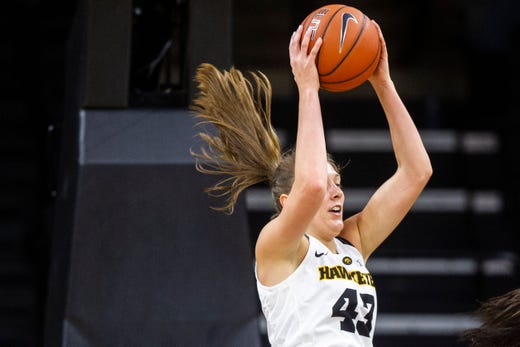 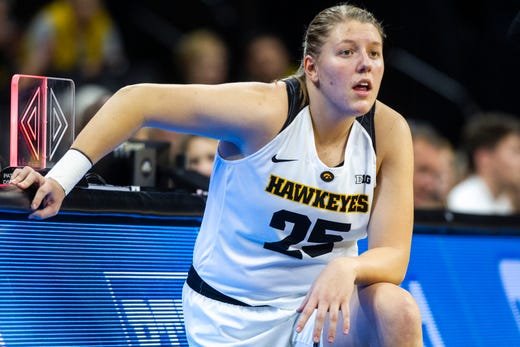 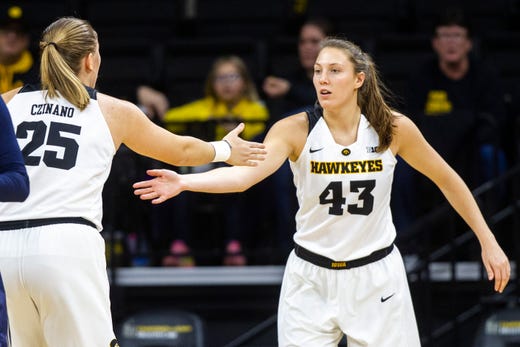 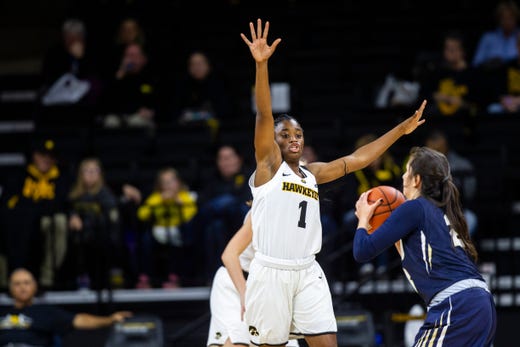 Oral Roberts heated up from deep after a sputtering start — 8-for-12 to begin the second half following a 4-for-20 first — and Iowa’s defense showed some holes down the stretch. But the Golden Eagles were never closer than 11 despite outscoring Iowa by 13 after the break.

"I thought our first half was very, very good," Iowa coach Lisa Bluder said. "Offensively and defensively, we did some really good things.

"But then second half, we just didn't bring the energy that we did in the first half and let them really get back into the game with their 3-point shooting. ... So obviously, we have to keep the intensity the whole game even when we have a lead. That's something we need to work on, but we did a good job."

The Hawkeyes still got plenty of their own. Stewart delivered a solid debut in her expanded role, and Gustafson found her usual rhythm after scoring six first-half points, also dishing out a team-high four assists. Davis hit three treys in her first game back from a second ACL tear.

"It felt great to just be back out there, wearing this uniform and playing in front of those fans," Davis said. "It's been great. Playing alongside my teammates during practice, that's one thing. But actually suiting up and lacing them up for real and playing against someone other than ourselves, it felt amazing."

All told, a relatively uneventful opener — just like any ranked team would like against a mid-major foe. Iowa returns to action Tuesday at Western Kentucky.