The Hawkeyes will now have an early afternoon affair against Michigan.

Iowa's all-American center missed six straight shots at one point and scored 12 of her 25 points in the fourth quarter of a 72-58 win vs. Purdue. Hawk Central

The Hawkeyes' Thursday night game at Michigan has been postponed due "to continuing inclement weather and the University of Michigan remaining closed until early Friday morning." 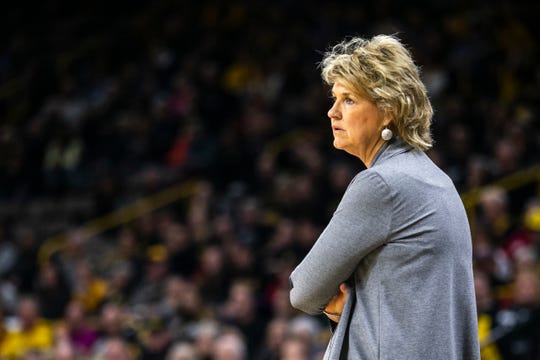 The game has been rescheduled for 11 a.m. Friday, though the Big Ten Network will no longer carry the game. Plans for livestream and radio coverage are still to be determined.

On Wednesday’s teleconference, Iowa coach Lisa Bluder said the Hawkeyes moved up their travel schedule just a bit to avoid any issues. The Hawkeyes made it to Ann Arbor before the game was officially postponed.

The No. 12 Hawkeyes (16-4, 7-2 Big Ten Conference) will now have two road games in three days. Iowa will fly home Friday after the Michigan game, have a Saturday practice in Iowa City and then head to Penn State on Saturday evening. The Nittany Lions host Iowa at 1 p.m. Sunday.