After tumultuous offseason, Iowa volleyball hopes stabilization is ahead

Bond Shymansky is gone. Vicki Brown is in, for now. Iowa volleyball is hoping to turn the page.

After tumultuous offseason, Iowa volleyball hopes stabilization is ahead

IOWA CITY, Ia. — Like many of her new teammates, Jaedynn Evans received a slew of questions this offseason. So it goes with Iowa volleyball garnering headlines for all the wrong reasons.

“Because I went to high school in Iowa City, everyone knew,” said Evans, a freshman defensive specialist from Iowa City Regina. “I’d walked through school, and I always had to say, ‘I don’t know anything’ — because I didn’t know anything really.”

Weeks of disarray plagued the Hawkeyes program this summer after former head coach Bond Shymansky was placed on administrative leave and, ultimately, fired for providing impermissible benefits to a former student-athlete. From newcomers like Evans to upperclassmen veterans, everyone associated with Iowa volleyball dealt with uncertainty.

Given the circumstances, Iowa did the best it could to stabilize things. Vicki Brown has shifted from associate head coach to interim head coach, providing a familiar face to those who are trying to pick up the pieces.

Brown played a large role in recruiting many of the current players. That helped tremendously in keeping the bulk of Iowa’s highly touted freshman class intact.

Still, questions lingered on how this group would respond. More than ever, the Hawkeyes are ready to reveal they’ve conquered this obstacle.

"Things started getting back to normal the first day of practice," junior Halle Johnston said at Friday’s media day. “We then really had a grip of everything that went on. Once you get back in the game, you kind of forget everything that had happened. That’s when we were able to start growing together.

“It made it way more exciting to get back into the gym with everything that had happened.”

Veterans like Johnston, Brie Orr and others shouldered added responsibility in maintaining a positive outlook. Freshmen were kept updated as best as possible, reassured by their future teammates that Iowa was still the place to be.

By the time Shymansky’s firing was officially announced on June 19, the Hawkeyes had been prepared for the next chapter.

“The team itself — our incoming freshmen, our returners — they have a goal set and a mindset going into this season,” Brown said. “We’ve all worked together to maintain that. It’s been a great opportunity and a great working environment on both ends.” 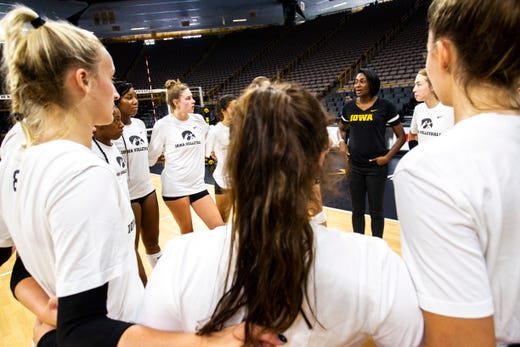 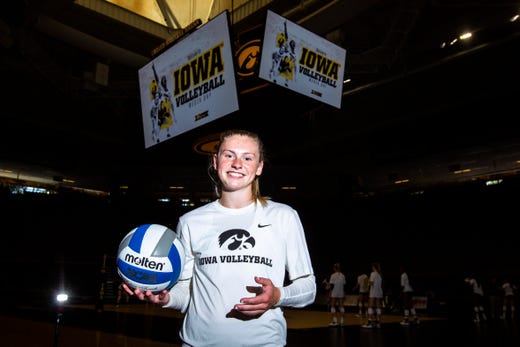 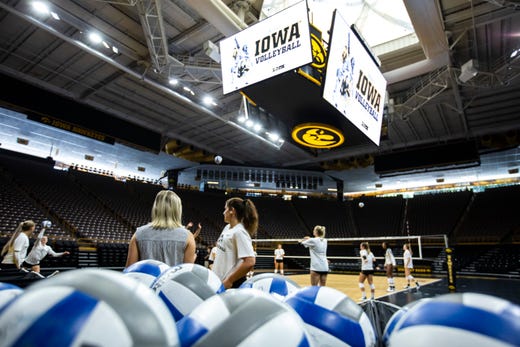 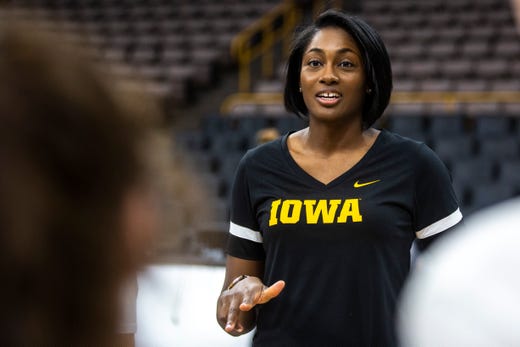 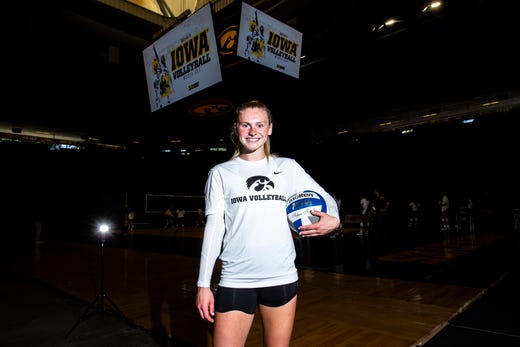 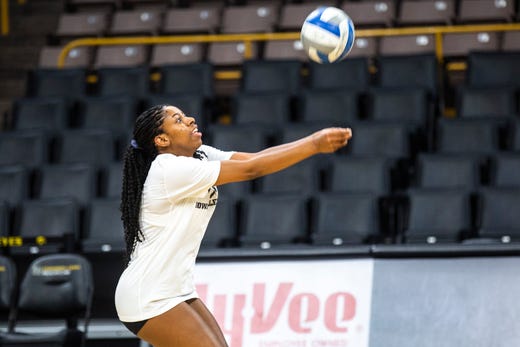 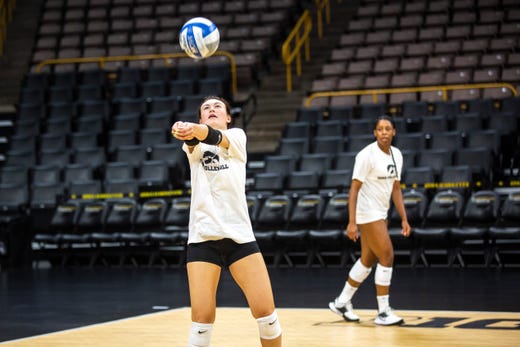 Amid turmoil, Brown has a chance to capitalize on the biggest opportunity of her career. The former all-Big Ten standout at Illinois transitions into her second head-coaching job — but her first at the Power Five level. Brown led San Francisco’s indoor and beach volleyball program after staff stops at UC Davis, Illinois State and Toledo.

Iowa is desperately trying to join those ranks. The Hawkeyes haven’t been dancing since 1994. Winning seasons have been sporadic, and sustained success has been a challenge.

But what’s a preseason without confidence?

“We want to make the NCAA Tournament. We want to be good.  So just learning that we can come together after everything that’s happened is awesome,” Orr said. “Our freshman class is amazing. Our returners are great too. It’s all meshing together really well, even in the first two weeks we’ve been together. Everyone on our team had to be a little bit more mature in general.”

Whether that maturity translates to wins remains unknown. Iowa volleyball has faced an uphill battle for years, even without the abrupt coaching change. Now is the time for a solidified mental fortitude.

The questions are over regarding Shymanksy’s status. The focus flips to moving forward.

“We still have each other to lean on,” Evans said.