The forward from Cedar Rapids posted modest numbers in the NBA summer league. 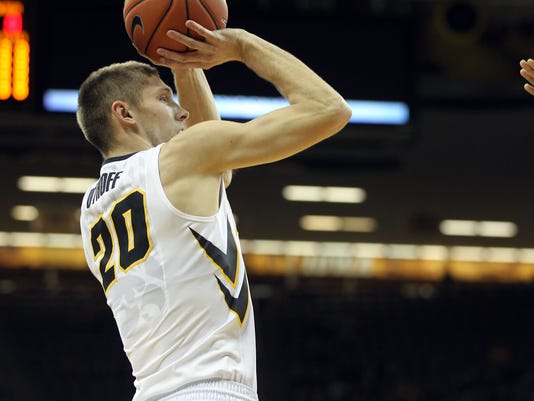 Former Iowa basketball star Jarrod Uthoff has reached an agreement with the NBA's Toronto Raptors, his agent said in a text message Thursday.

Shams Charania, a reporter for the website The Vertical, reported that it was a partially guaranteed two-year deal. Adam Pensack, Uthoff's agent, would not confirm financial details.

Pensack said Uthoff "had a good workout" for the Raptors and they believe "he has a lot of potential." Toronto recently lost forward James Johnson to the Miami Heat in free agency, which might open a possibility for Uthoff.

Uthoff was not selected in last month's NBA Draft after averaging 18.9 points per game during an all-America senior season for the Hawkeyes. The 6-foot-10 forward from Cedar Rapids also led the Big Ten Conference with 86 blocked shots.

Uthoff played for the Sacramento Kings team in the NBA summer league in Las Vegas, but averaged only 4.5 points in four games.