Iowa basketball: Observations from the Hawkeyes' season-opening win; DePaul up next

You won't find any season-long answers from Iowa’s Friday night opening win over SIU-Edwardsville. Still, some observations stood out.

Iowa basketball: Observations from the Hawkeyes' season-opening win; DePaul up next 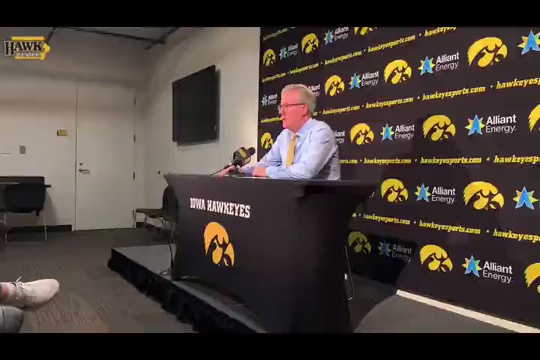 IOWA CITY, Ia. — You won't find any season-long answers from Iowa’s Friday night opening win over SIU-Edwardsville. The Hawkeyes simply put away a lesser opponent the way a stronger program should.

Still, some observations stood out. Here are four from Iowa’s season debut.

Luka Garza is ready to roll.

If it wasn’t clear already, Iowa will look to Garza as often as it can. The 6-foot-11 junior has become a seasoned piece in year three, reliable night in and night out.

Six of the Hawkeyes’ first 11 points came from Garza, who owned a sizable advantage over SIUE’s starting forwards Brandon Jackson and Anselm Uzuegbunem. Both checked in at 6-foot-7. Both were relentlessly bullied by the bigger Garza. 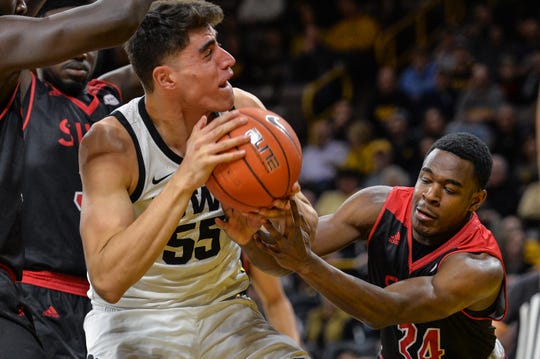 "He's one of the hardest working guys I've ever been around,” the Iowa coach said. “That's no exaggeration. It never ends. Through the spring, summer, fall and the season, he never takes a possession off at either end.

“Now that he’s a junior and has been through it, his feel for everything around him is so much better. … He’s earned it. We’re going to him.”

That relentless effort will bleed through a team that isn’t necessarily young — but has four players in its rotation seeing their first on-court action with the Hawkeyes. It’s clear Garza has embraced all that comes with being not just a focal point, but often the focal point down low.

“I’m playing more of a traditional center now,” Garza said. “Over the summer, it’s just something I’ve tried to improve on. Every stage, just trying to get faster. I was always slow growing up, so I’ve just tried to improve that as much as I could.”

Getting in a rhythm while being out of rhythm is Jordan Bohannon’s new life. His hip recovery and potential redshirt decision have stifled the consistency he’s used to.

Slowly, though, Bohannon is easing into his transformed role. Friday was definitely a step in the right direction. He played more point guard than in the exhibition game, something Bohannon feels keeps him normalized.

“It’s nice because obviously, I’ve played point my entire life,” Bohannon said. “I get a lot of my rhythm being able to play point guard. Just getting my feet back under me because this is a learning process for me. I haven’t really been playing a lot of point (recently), just been playing off-guard and trying to get my rhythm back."

Bohannon admitted with a strong “no” and a hearty laugh that he didn’t feel well the day after Monday’s exhibition win. That’s just how it’ll be as he navigates this recovery process.

Speaking of health concerns, Joe Wieskamp gave Carver-Hawkeye Arena a scare midway through the second half.

The Muscatine native fell hard on his elbow and didn’t return over the final 10 minutes. It brought an end to what was a solid night for Wieskamp, who had 16 points and four rebounds in 28 minutes.

“It scared me a little bit just because of how awkwardly I fell,” Wieskamp said, “but I just told the guys, ‘Get me up right away. I don’t want to lay here.’ But it started feeling better as the game went on.” 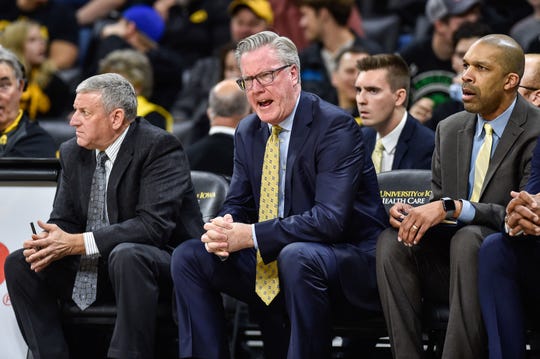 After a 1-0 start, the Hawkeyes know things are toughening up.

In today’s college basketball world, there’s little time to ease into the season if March dreams are at the forefront. These Hawkeyes are about to find out what they have.

DePaul will enter Carver-Hawkeye Arena Monday as part of the Gavitt Games, which features Big Ten-Big East matchups. The Blue Demons reached the CBI championship last year and are off to a 3-0 start following a busy week.

Monday is the first of possibly eight games against Power Six foes over the next six weeks. After a cruise-control opening win, Iowa must crank up the intensity immediately.

“It’s the new normal,” McCaffery said. “You’re going to play teams like that (early on). We have two challenge games. We play Iowa State. We’re going to be in an MTE (in Las Vegas). We’re going to play two league games in December. It’s not like the old days where you don’t play anybody until January. It just doesn’t work that way anymore.

“You can’t schedule that way if you want to have respect on Selection Sunday.”