Bacon, Fleming to be reunited Wednesday in ACC/Big Ten Challenge

Teammates at Oak Hill will be on opposite sides Wednesday

Bacon, Fleming to be reunited Wednesday in ACC/Big Ten Challenge 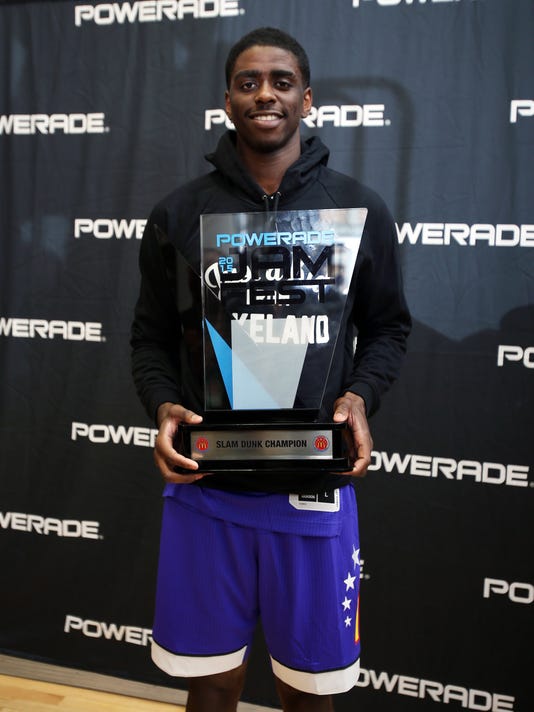 Dwayne Bacon and Andrew Fleming played for an Oak Hill team that finished with a 47-1 record.

“He’s a really good player, a really good scorer,” Fleming said of the McDonald's all-American. “He’s got killer instinct. We went against each other a lot in high school last year.”

That competition in practice becomes competition in a game Wednesday, when Florida State visits Carver-Hawkeye Arena for an 8:15 p.m. game against Iowa in the ACC/Big Ten Challenge.

Bacon, a 6-foot-7 guard, leads the Seminoles in scoring at 20.6 points a game. Another freshman, 6-5 guard Malik Beasley, is averaging 20 points.

“They had five starters back, and two freshmen are averaging 20 (points),” Iowa coach Fran McCaffery said. “I don’t know if that’s ever happened.”

Bacon and Beasley are part of coach Leonard Hamilton’s recruiting class that was ranked 11th nationally by ESPN and 12th by Rivals. Fleming is one of five freshmen McCaffery brought in this season, the foundation of his program moving ahead.

While Bacon has attempted a team-high 64 shots during Florida State’s 4-1 start this season, and played 138 minutes, Fleming has had to be patient and wait for his spots. The 6-5 guard has come off the bench in all five games so far, but taken just 11 shots in 40 minutes of action.

“I’m still learning,” Fleming said. “We’ve got guys that are playing well. I know at the end of the day it’s about this team winning.”

The Hawkeyes are 4-2 after losing two of three games at last week’s Advocare Invitational in Orlando, Fla. Iowa had moments of outstanding play and forgettable moments in each of the three games. It gave McCaffery plenty of teaching opportunities to hammer home in practice as his team prepares for the Seminoles.

This season has also been challenging for McCaffery as he tries to sort out his rotation. He’s used fewer players in the second half than the first half, leaning on veterans like Mike Gesell, Adam Woodbury, Jarrod Uthoff, Anthony Clemmons and Peter Jok to carry the load.

That doesn’t leave a lot of minutes for guys like Fleming, who are trying to earn more playing time.

“I’m just going to keep staying confident and staying ready, so when I get in there I can make something happen,” Fleming said.

Bacon hasn’t had to wait, and he’s a player the Hawkeyes must slow down to win their third straight ACC/Big Ten Challenge game.

“He’s talented,” McCaffery said. “You watch him and you say, “Well, he’s a driver. Well, he can really shoot, and he’s a forward. Well no, he’s a guard.’ He’s pretty special, I think. He’s got the full complement of skills in his arsenal with a great frame to play the game.”

The Seminoles also return their leading scorer from last season, guard Xavier Rathan-Mayes. He is averaging 10 points a game to go with 6.8 assists this season. He averaged 14.9 as a freshman. That includes an incredible effort against Miami of Florida last season, when he scored 30 of his 35 points in the final 4:38. He scored 30 points or more three times as a freshman, an Atlantic Coast Conference record.

“So those three are a handful,” McCaffery said.