Head coach Lisa Bluder had been praising her freshmen for their defense for weeks now. She wasn't lying.

The Hawkeyes' head coach talks about her team's exhibition win.

Iowa women's basketball coach Lisa Bluder got the recruit she was after when Kathleen Doyle of Illinois committed to the Hawkeyes on Tuesday.(Photo: David Scrivner / Iowa City Press)

IOWA CITY, Ia. — Fifth-ranked Maryland played exhibitions against schools called Bluefield State College and Mary Baldwin University. It won by a combined score of 299-44, so take that as you will.

Head coach Lisa Bluder wanted a challenge for her team, and she got one in the first half. The Hawkeyes led just 24-16 at the break and had already committed 18 turnovers.

In the second half? Just five turnovers, 37 points scored and 19 allowed on 29 percent shooting. Those 35 total points allowed are the lowest any Hawkeye opponent has scored in the past decade.

Let’s dive into the good and not so good from Iowa’s first game action. Makenzie Meyer was asked how she felt playing at both guard positions Sunday. She smiled at her first press conference question and dished out a politically correct, “we’ll re-evaluate how that went” answer.

Next to her, Ally Disterhoft cracked up and nudged Meyer’s side.

“She did a good job today,” Disterhoft said, re-answering for her freshman teammate.

Meyer did do a good job. Same with all the freshmen from Iowa’s top-10 recruiting class. Most of the positives came on defense, though, with five steals and countless other deflections from pesky, active hands. Pretty much all of their mistakes came on offense, as they combined for 13 of Iowa’s 23 turnovers and shot 19 percent (4-for-21).

“The offense is always a little slower because it’s five moving parts and that’s harder, so that takes time,” Bluder said. “I just think they were really excited to be out here wearing an Iowa uniform and that’ll get better.”

Some ups and downs from each of the freshmen ... We’ll call them “platoon one” and “platoon two."

Bluder said all offseason this team runs far down the bench, maybe farther than she’s ever coached. Can she actually go 10-deep and utilize this platoon system beyond Sunday’s meaningless game?

“We just have to figure out how to use (our depth),” Bluder said. “It’s not a strength unless you use it, so we’re still putting the pieces together figuring that out.

“I’m going to have to evaluate (the platoon system). Go back and watch the film and figure out if we liked it and then also figure out if we had the right groups. So we’ll have to see this week.”

The system had its effect Sunday. Hawkeye legs were fresher, faces were dryer, lungs breathed easier in the third and fourth quarters. Lewis struggled to keep up. Over the game’s final 27 minutes, Iowa outscored Lewis 33-15.

The system seemed to especially work for Davis, whose best minutes were her final minutes. She had three assists and two rebounds in the last 2:30 of the third, and she added three more assists in the fourth. She finished one point shy of a double-double (nine points, 10 assists).

“With the platoon system, you have five fresh people coming in every time so I think that definitely helped us at the end of the third going into the fourth,” Davis said. “Just being fresh and getting after it on defense and running hard on offense.” 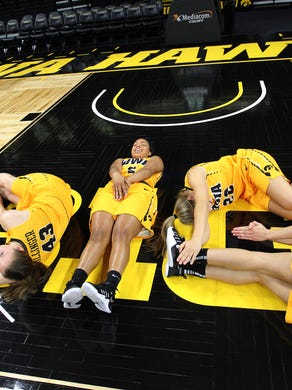 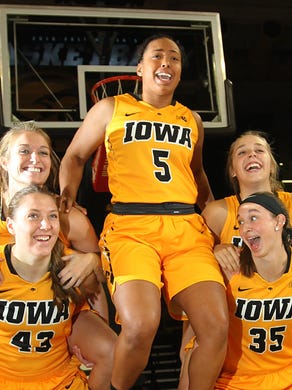 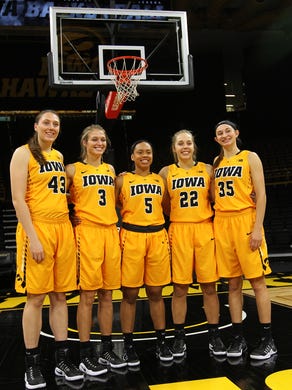 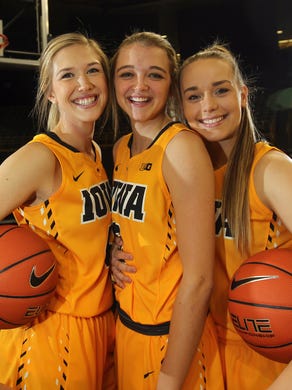