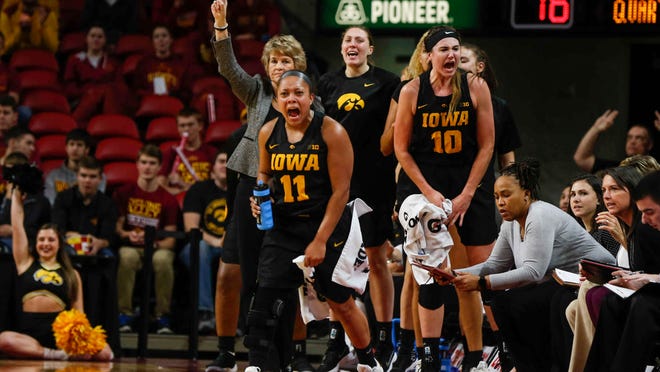 Iowa women's basketball cracked the Associated Press top 25 for the first time this season, checking in at No. 25.

The Hawkeyes appeared on 20 of the 32 ballots and received 55 votes, just edging out Oklahoma State and its 54 votes. They're one of four Big Ten Conference teams in the AP rankings. Ohio State is 13th, Maryland is 15th and Michigan is 23rd.

Lisa Bluder's team is 10-1 this season, with its only loss coming by one point against Florida State, who is ranked 12th in the latest AP poll.

Iowa travels to Northern Iowa on Dec. 17 and hosts Drake on Dec. 21 before opening conference play Dec. 28 at Wisconsin.