Iowa assistant coach Andrew Francis texts four-star forward Malik Hall every day. Many times, his messages have nothing to do with basketball.

Iowa is taking a look at Albany City Rocks 2019 PG Mika Adams-Woods. He discusses the Hawkeyes' role in his recruitment. The Des Moines Register 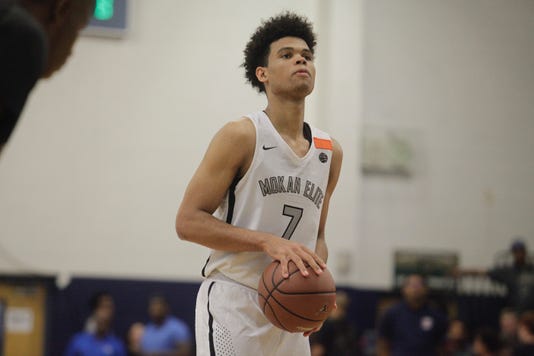 LAS VEGAS — Iowa assistant coach Andrew Francis texts four-star forward Malik Hall every day. Many times, his messages have nothing to do with basketball.

The topic of choice instead? Old-school R&B.

Whatever Francis is doing, it's worked so far. Hall said Iowa is among the schools that stand out the most in his recruitment right now. He said that list is long, but Oregon, Oklahoma, Purdue, Texas and TCU were programs he named off the top of his head. Kansas is also a major player here.

Francis identified Hall as an early 2019 target, and Iowa became one of his first high-major offers. Head coach Fran McCaffery has been fully involved for a long time, too. Hall said McCaffery calls him weekly, and the Hawkeyes' coach was on hand to watch Hall on Thursday.

"That’s been an ongoing relationship for a long time. They do a really good job," Hall said. "They do a pretty good job just keeping in touch and always keeping it something new — not just the same old talk."

"(They think) we could build a great team — me and Pat," he said. "I’m pretty close with Pat. We do a lot of talking and just a family feel. They’re trying to get a couple more pieces alongside me and Pat if I were to go there." 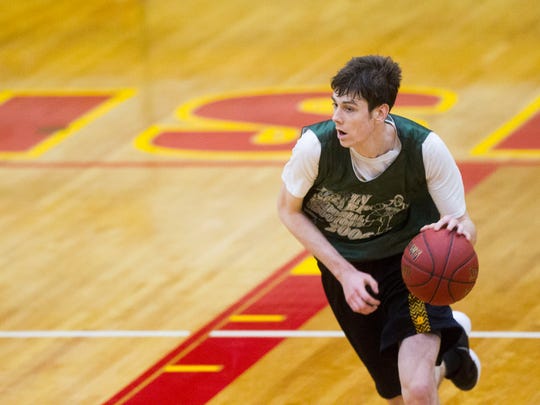 Patrick McCaffery has been doing some recruiting of his own. Earlier this month, he told the Register he had gotten to know Hall well at the NBPA Top 100 — and that he was in his friend's ear about joining the Hawkeyes.

"I think everybody’s going toward a more versatile style, so that’s probably one of the main things, too," Hall said. "Everybody that’s on me is always talking about versatility and being able to play different spots and do different things for the team. That’s mostly what (Iowa coaches and I) talk about."