The Midwest mega-recruit refutes claims that he's a lock to Indiana, says Patrick McCaffery is underrated and breaks down his recruitment in a conversation with the Register. 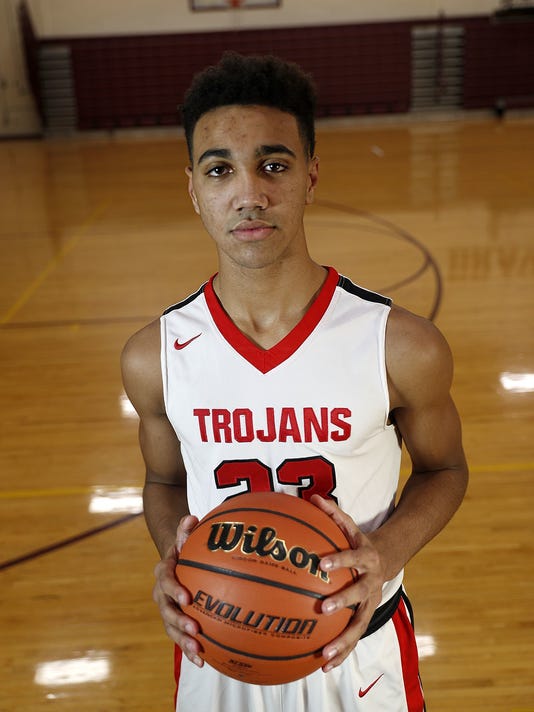 In a Wednesday conversation with the Register, the Midwest mega-recruit said he will no longer take his November unofficial visit to Purdue and will instead focus on UCLA, Indiana, Michigan State, Wake Forest and Iowa.

He took an official to UCLA last weekend and will be in Iowa City this weekend along with Iowa recruit Patrick McCaffery, five-star 2020 power forward Xavier Foster and three-star 2019 point guard Joe Toussaint.

Ahead of his Iowa visit, Jackson-Davis chatted with the Register about his recruitment and where the Hawkeyes stand.

Are you a lock to Indiana, like some recruiting analysts suggest? If not, what makes you open to other schools?

"I’m not a lock to Indiana. I think people just assume that because where I am, being south of Indianapolis. Indiana has done a great job of recruiting me, but I’m nowhere near a lock to them. I wouldn't be wasting everyone’s time going on all these visits if I was just going to commit there."

Why is Iowa in contention?

"Just the relationship that I have with coach (Fran) McCaffery and coach (Andrew) Francis, and how much work they’ve put in. And my unofficial, I really liked it. So I wanted to get a taste and go back again."

Iowa has been in with you since early in your high school career. How much does early interest matter in your recruitment?

"I’d say it matters, but at the same time I still have to be feeling it — which I am (with Iowa). I just think I liked my unofficial there. I thought that it was a really good visit, so that really helped — just being up there and kind of getting a vibe for it and seeing if I liked it. And I did."

"Me and coach McCaffery have a good relationship. He’s kind of told me where I can play and what I could do. He’s given me freedom to play in my game and not try to make me a one-dimensional player. He wants me to keep expanding my game. And then coach Francis, who’s my recruiting coach, me and him developed a really good relationship as well. We talk frequently, so that helps."

What kind of role does Iowa see for you?

"They feel like I can stretch the floor out, but still primarily be a big (at 6-foot-8). They want me to handle the ball and do other things, because my ultimate goal is still getting to the next level after college."

What is Iowa’s main recruiting pitch to you?

"I think that it’s (my role), and I feel like with me and Patrick (McCaffery), we might be able to land a few other guys. I feel like we’d have a really good shot at winning a championship."

How has your relationship with Patrick developed over the years?

What’s one thing about Patrick that people don’t know, but that they should know?

"That he’s very underrated. He’s a great player. There’s not a lot of people that are 6-9 that can stretch the floor like he can and put the ball on the floor. So I think that he’s underrated and when (people) see him play, it’ll wake some people up."

What would it be like to play alongside Patrick?

"I think that would be great to play alongside him because I think we could complement each other pretty well. Screen-and-roll, ball screens — I think it’s pretty hard to guard if he comes of a screen and he’s that 6-9 and I’m setting it. I just feel like that’s pretty hard to guard, because you can’t switch it."

What do you remember from your unofficial visit to Iowa during last year's Penn State game?

"Just the football environment. It was a great visit. I saw the locker room and all that stuff, got to hang out with Patrick a little bit. It just reminded me of a family, almost. I thought that was really cool — how the guys were so close to one another and how they were so close to coach McCaffery."

What are you hoping to learn during the official visit?

"I think they’re going to go into more depth of where they see me playing. I think that they’ll show me around campus, because we didn't do a campus tour. And then just get to know the guys a little bit more."

What will be most important to you when making a decision?

"I think my relationship with the coach is a big one. The vibe that their campus gives off and how their campus is. Just the team in general — if I like the guys and stuff like that."

Have you got a timetable in mind?

How much do you know about Joe Wieskamp?

"His official was when my unofficial was, so I got to talk to him a little bit. I know he’s a really good player and he’s probably going to do big things for them this year."

Breaking down your other top schools … UCLA?

"(My visit) was a great, great visit. Coach (Steve) Alford showed me a lot about their campus. It was beautiful. I got to vibe with some of the players, like Kris Wilkes, he’s from Indianapolis. So I got to see him and got to hang out with him a little bit. I thought that was really cool. It was a great visit. He showed me my plan of how he would get me to the next level, so I thought that was really cool."

"I don’t know a lot, I just know coach (Danny) Manning was at USA (Trials). My dad tells me that they have a really nice campus."

"Coach (Tom) Izzo, they’ve been recruiting me pretty long, too. I like coach Izzo a lot. He’s a Hall of Fame coach. I think that they’re going to push me. If I went there, they would push me to be the greatest player I could be. Anywhere is going to do that, but coach Izzo is like on a different level with that kind of stuff. He’ll get into you. I think that could be good for me."

"I talk to their coaches a lot. They tell me where I’m going to play in their offense and stuff like that, where they see me playing. Their big pitch to me is just to stay home, but I’m still looking at other options because I’m not a lock there."