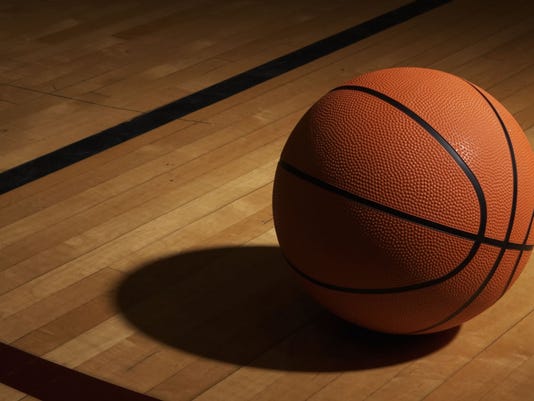 The first game for the Iowa women's basketball team is more than a month away. But the Hawkeyes still have plenty to celebrate this week.

Iowa picked up its second commitment from a top-100 recruit in as many days Thursday when Hannah Stewart of Bishop Ryan High School in Minot, N.D., gave a verbal pledge to the Hawkeyes.

The 6-foot-2 Stewart is ranked as the 95th-best player and the 17th best forward in the Class of 2015 by ESPN HoopGurlz.

"They were one of the first big colleges to ever contact to me and that was a big deal to me, that was really cool that they noticed me," Stewart said. "They followed me through by AAU career and I built a really good relationship with their coaches."

Stewart is the fourth member of the Hawkeyes' 2015 recruiting class and gave her commitment one day after Iowa got a verbal commitment from Cedar Rapids Jefferson junior Amanda Ollinger.

Stewart choose Iowa over an impressive list of suitors.

The senior said her final five consisted of Gonzaga, Iowa State, Northwestern and Oregon State, but it was her connection with Lisa Bluder and the Iowa staff that made her pick the Hawkeyes.

"Their coaches showed they were people I wanted to play for and, obviously, they have a track record that shows that they are very good," Stewart said. "In college, I want to become the best player and person that I can be and I know that they will definitely help me do that."

Stewart, whose mother, Julie, is her high school coach, said she was attracted to an Iowa program that led the Big Ten in scoring last season at better than 78 points per game.

She visited Iowa City in late August and ended her recruitment a little over a month later with Thursday's commitment.

"I had a great visit and I felt like I really connected with the girls there," Stewart said. "My high school team is very defensive based but we like to run and gun a lot and that is something that Iowa does too, and I feel like I will be able to fit into that really well in the future. I really like their style of play."

Stewart is the fourth known commitment in Iowa's 2015 class and the second top-100 recruit for the Hawkeyes.

She joins Tania Davis, a 5-4 guard from Goodrich High School in Goodrich, Mich., as top-100 national recruits to verbally commit to Iowa.

Iowa is coming off a season in which it tied for the second-most wins in program history with 27.