Practices at Lake Travis High in Austin, Texas, have been crowded lately. Like … really crowded. That's thanks to Iowa QB target Matthew Baldwin.

Listen to the full speech given by Nile Kinnick when he received his Heisman award in 1939. Audio of Kinnick's speech was provided by the University of Iowa. 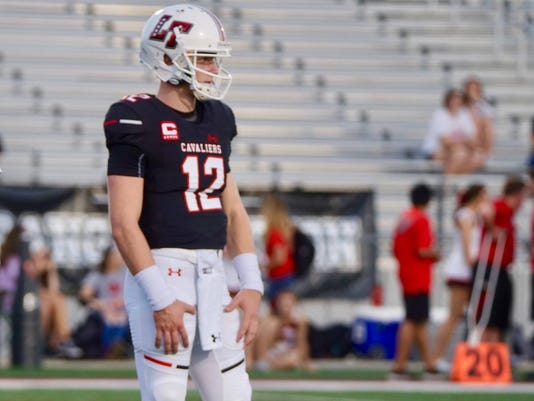 Practices at Lake Travis High in Austin, Texas, have been crowded lately. Like … really crowded.

That’s thanks to three-star 2018 quarterback Matthew Baldwin, a former Colorado State pledge who has blossomed into a hot-commodity prospect in the South and Midwest as the early signing period approaches.

But the Hawkeyes aren’t alone. Some of the other schools flocking to watch Baldwin lately? North Carolina, Ohio State, Kentucky and Minnesota (who have all offered), as well as Alabama, Texas, TCU and Baylor (who haven’t yet offered).

"There have been lots," Carter said. "I’m sure I’m missing some there."

Blessed to receive an offer from the University of Iowa! #Hawkeyespic.twitter.com/JdKn82iGGf

Baldwin committed to Colorado State in July, before his stock rose significantly during his first full season as starter. He’ll enter this week’s Texas 6A state quarterfinal with 3,397 passing yards and 41 touchdowns to six interceptions. The 247 Sports Composite ranks him the No. 17 pro-style quarterback prospect in the class.

He decommitted from the Rams Nov. 30 after receiving offers from Rice, Ohio State, Kentucky, Minnesota and Iowa in the prior four weeks.

"I think, obviously, the further you get into the playoffs and you start having some higher-profile games, he’s gotten more and more attention," Carter said. "But he’s been a great player for us all year long. Obviously, the recruiting stuff has picked up a bunch. There’s been a crowd at practice recently, but I think everybody is finding out what most people that know him have known for a while." 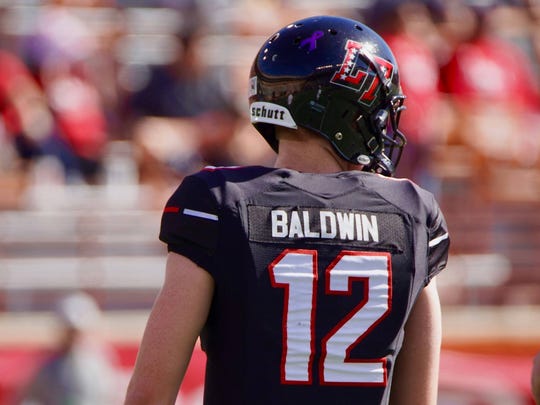 Carter said he doesn't know if Baldwin has any visits planned at this point — that his star quarterback is trying to "digest" everything right now. There’s a chance he doesn’t get any officials in before the Dec. 20-22 early signing period. Lake Travis has its quarterfinal this weekend (Dec. 9), a potential semifinal next week (Dec. 16) and the potential championship game the following week (Dec. 23).

Whether Baldwin signs at the end of this month could depend on Lake Travis' success these next few weeks.

"It’s a whirlwind," Carter said, "because he’s had at least a dozen to 15 schools that are offering him, want him to come visit, all this stuff.

"Everything has happened so quickly with him."

Carter said recruitment began to heat up with Iowa about a month ago. He’s familiar with Iowa’s coaches, as the Hawkeyes were interested in his quarterback last year, Charlie Brewer, who started this year for Baylor.

Ohio State is the favorite to land Baldwin right now, but Carter said the Hawkeyes are "in the pack."

"I know that when he got the (Iowa) offer it was something he and his family were excited about," he said. "Obviously very honored."

Baldwin is one of three 2018 signal-callers Iowa has offered in recent weeks. The other two: Spencer Petras, a four-star Oregon State pledge from Kentfield, California; and Zachary Wilson, a three-star Boise State pledge from Draper, Utah.

Baldwin did not respond to HawkCentral’s request for comment.