The Register's Matthew Bain gives his final thoughts on where Jack Campbell will go, as well as inside info on Kirk Speraw's role in Drake's coaching search.

Some video clips of quarterbacks, receivers, running backs and popping pads from a March 28 practice at the Iowa Football Performance Center. 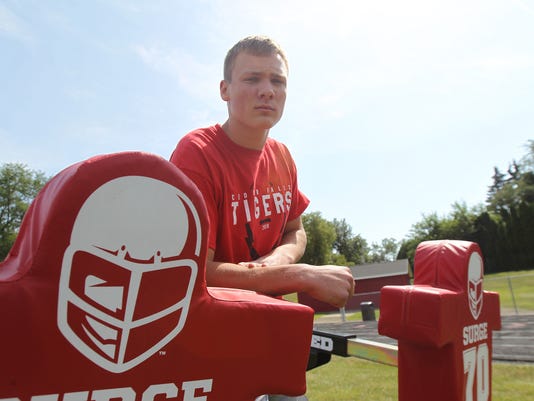 The big Iowa topic this week is obviously Jack Campbell.

But before I get to him, I want to direct your attention to this past weekend, when the state's elite basketball talent was on full display.

Patrick McCaffery was in Colorado Springs competing at the USA Basketball 3x3 U18 National Championship. His team, Quest, won the event and McCaffery was named MVP.

And, of course, Bettendorf lefty point guard D.J. Carton continues to build steam as one of the most intriguing 2019 prospects of the offseason.

All three are top-50 players. All three have national relevance. All three could potentially become McDonald's All-Americans.

My point? Enjoy it, because these guys aren't even close to their full potential.

Now, on to your questions.

No, I don't think it was an easy choice for Jack Campbell.

The Cedar Falls linebacker told me he'll be happy to have this process done. It was hard to find time to just sit down and weigh his options. He said he wound up getting most of his decision-making done either before bed, waking up early on weekends or day-dreaming in school.

But, yes, the choice has been made. Campbell said he has already committed to a school, that he'll announce it this Saturday and that one of the biggest factors for his choice was the school's weight-training program. On paper, that would seem to favor Iowa.

I'll rehash what Campbell told me about each of his final three schools' weight-training programs:

On Iowa, he said: "Obviously, (strength coach Chris) Doyle is at Iowa — he's one of the best in the nation. That just sits right there."

On Iowa State: "I like their weight program. I haven't talked to the weight coaches as much. But (head coach Matt) Campbell said that everyone is going to say they have the best weight program in the country. So, he was just saying (Iowa State) will develop (me). Obviously, that shows in how they developed Joel Lanning from quarterback to linebacker."

On Minnesota: "I really like (Minnesota strength coach) Dan Nichol. He was with coach Doyle (interned with him at Iowa in 2002), that's what I understand. He studied under him and then he went to University of Minnesota. But I really like him. He’s a stand-up guy. He expects 120 percent every time you walk into that weight room."

That's all I'm able to reveal at this point. Again, Campbell will make his decision public Saturday. He and his family will be on campus at Iowa, Iowa State or Minnesota to commit to his future head coach face-to-face.

Regardless of where Campbell commits, he's right to focus on the weight-training programs.

He reminds me a whole lot of current Hawkeye freshman linebacker Dillon Doyle. Campbell checks in at 6-foot-3 and 200 pounds; Doyle was 6-2 and 190 pounds after his junior year. Both are highly skilled with long-stride acceleration and strong hands. And both have tall, wide frames that, with properly added weight, could project in the NFL.

Both are great athletes, too. Doyle excelled in track and field (middle-distance running, high jump) for Iowa City West. Campbell just won a state basketball title as Cedar Falls' starting center. He consistently out-muscled taller paint players and gave the Tigers a legitimate presence inside, despite his shorter height.

What are the chances Iowa lands David Bell from Indianapolis? Or Jirehl Brock? — @Matt_condon13

I hate to bring up bad memories for Hawkeye fans, but David Bell's recruitment is a bit like Oliver Martin's.

But, like Martin, he is a top-100, elite four-star wide receiver prospect who has Iowa as a contender. According to Rivals, Bell will visit Iowa City this weekend — this is in place of his junior day visit, which he missed because of a car accident.

The Hawkeyes are competing against Ohio State, Michigan, Penn State, Purdue and a host of pass-happy Power Five programs. But Iowa's got two reasons to believe it has a shot. 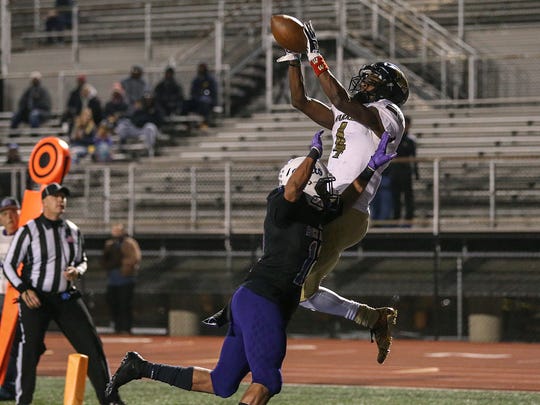 One, recruiting coordinator Kelvin Bell landed three big recruits from Indianapolis in 2018, and the Hawkeyes have the pieces in place to maintain a strong pipeline there.

With all that said, I'd be surprised if Bell wound up at Iowa. I'm going to be so gosh darn bold here and say Ohio State probably gets him. Columbus is just such a draw for top-tier receivers such as Bell. Also, Avon running back Sampson James just committed to Ohio State; he and Bell are considered the best two 2019 prospects in Indiana, and they're both in the Indianapolis area.

Iowa's chances with Jirehl Brock, out of Quincy, Illinois, are much better.

It's funny: I saw this question from @Matt_condon13 about 10 seconds after hanging up with Brock. He's a four-star recruit and the 247Sports Composite ranks him the No. 10 running back for 2019.

Brock told me Iowa, Iowa State, Purdue, Illinois and Minnesota were coming after him the hardest at this point, and that he's in no rush to make a decision.

The Hawkeyes were the first school to offer Brock after his breakout sophomore season. He told me how much he liked the longevity and stability of Iowa's coaching staff. He later said how a program's stability would be one of the biggest factors in his decision.

Iowa State is very much in the hunt, too, as Brock said he has great relationships with Matt Campbell and running backs coach Nate Scheelhaase, who originally recruited Brock at Illinois before taking the Cyclones job.

Yes, there is smoke there.

Kirk Speraw is interested in the Drake coaching job.  Although I think guys such as Brett Nelson and Darian DeVries have a better chance at getting the job, Speraw is in the running.