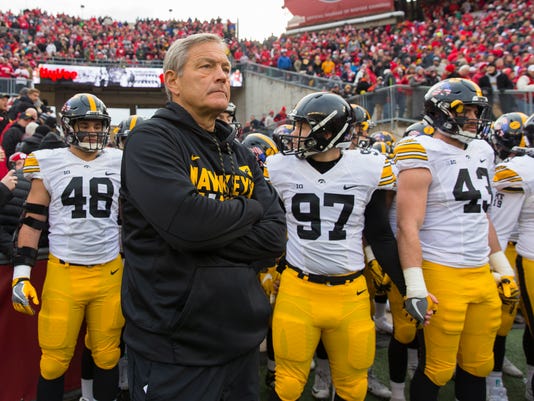 The Hawkeyes have landed their quarterback for the 2019 class.

Alex Padilla, a three-star pro-style prospect from Englewood, Colorado, committed to Iowa on Thursday. He announced his decision via Twitter.

"Could not be more excited to be a Hawkeye!" Padilla wrote in his post.

The 6-foot-1, 190-pounder impressed coaches at one of Iowa's camps in early June. Soon after, Padilla landed a Hawkeye offer on June 11. Now, just three days later, he has committed to Iowa over offers from Nevada, Colorado State, Columbia, Central Michigan, South Dakota and UNLV, among others.

Padilla completed nearly 68 percent of his passes for 2,678 yards and 40 touchdowns during his junior season at Cherry Creek. He is on track to graduate early and enroll at Iowa next January — like 2018 quarterback signee Spencer Petras did this winter.

Iowa now has 10 pledges for its 2019 class. According to the 247Sports Composite, the Hawkeyes' class ranks 30th in the country and eighth in the Big Ten.