Iowa recruiting mailbag: Is anyone on commitment watch at the Hawkeye Tailgater?

Iowa recruiting mailbag: Is anyone on commitment watch at the Hawkeye Tailgater?

Welcome, once again, to the Hawkeye recruiting mailbag.

As always, feel free to send me questions over Twitter or to mbain@dmreg.com. I know I do the weekly call-out for questions on Twitter on Monday, but I'm happy take take questions any other day of the week, too.

Let's get to this week's answers. 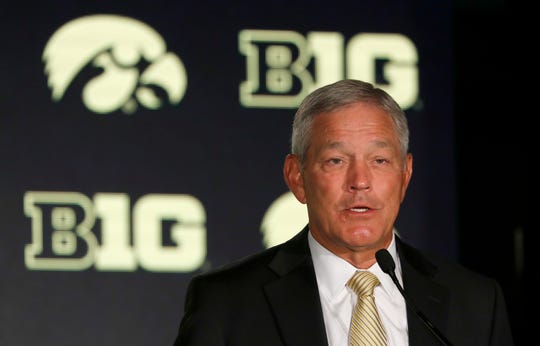 Is it too early for most of the 2021 recruits to commit after the Hawkeye Tailgater? — @iowafanwilliams

Odds will tell you Iowa won't add a 2021 recruit at the Hawkeye Tailgater this Sunday. It is still early in the process for that class, and many of the 2021 guys Iowa has invited are high-level talents with the chance to earn more offers.

With that said, early commitments aren't exactly uncommon in Iowa.

Here, you've got plenty of kids who grow up die-hard Hawkeye or Cyclone fans, and when that school offers, they don't need to hear anything more.

We just saw it recently with four-star 2021 offensive lineman Connor Colby and 2022 defensive end Aaron Graves, both in-state products who chose to commit to Iowa before almost certainly receiving more offers and interest.

So, if you're looking for potential 2021 additions, I'd first look at the in-state attendees.

Three-star Ankeny receiver Brody Brecht told me he'll be at the Hawkeye Tailgater. He holds offers from Iowa, Iowa State and William and Mary, and he said Northwestern has talked to him recently. Brecht is also a baseball standout, and so far Iowa is the only school to offer him in both sports. The 6-foot-4, 190-pounder is looking like the state's top receiver for 2021, so Iowa would love to lock him down early.

Three-star West Branch defensive end Jeff Bowie told me he'll be there. This is an interesting situation. The Hawkeyes are the logical favorites at the moment, as Bowie grew up about 20 minutes from Kinnick Stadium. But he holds other notable offers from Iowa State, Minnesota, Virginia Tech, Nebraska and Vanderbilt, and he said Washington, Northwestern, Notre Dame and Oregon are also in the picture. Bowie is the type of prospect whose offer list could add some big names with a strong junior year.

Three-star Roland-Story athlete Zach Twedt told me that, while he is still verbally committed to Iowa State, he will also attend the Hawkeye Tailgater. "Exploring potential options," he said. Nebraska, Kansas State and Notre Dame are also showing interest. Twedt, who lives about 20 minutes from Jack Trice Stadium, committed to the Cyclones back in January. But Iowa still offered in June, and there's clearly at least some interest from Twedt, who could project as a tight end in college. 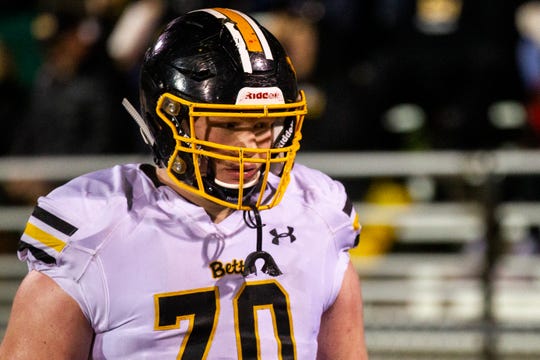 Three-star Bettendorf defensive tackle Griffin Liddle told me he'll be at the Hawkeye Tailgater, as well. He's got offers from Iowa, Iowa State, Minnesota, Michigan State and Nebraska, with Northwestern, Cal and Stanford showing interest. He recently told me he anticipates a late-junior-year, early-senior-year decision. Iowa, no doubt, hopes for something different. Liddle is a Hawkeye legacy recruit, as his dad, Josh Liddle, wrestled for Iowa in the early 2000s.

Where does Theo Johnson end up? — @Trekking_Wombat

It still sounds like Penn State is trending in the right direction for four-star Canadian tight end Theo Johnson, who was just bumped up to No. 75 overall in 247Sports' most recent 2020 rankings.

Iowa is still the only school that Johnson has visited officially, although he has taken plenty of unofficial visits elsewhere. Based on what he said a couple weeks ago on 247Sports' Notorious B1G Podcast, it sounds like things are pretty wide open and that a decision isn't coming soon.

On paper, Penn State may lead. But Iowa, Georgia and Michigan are definitely in this race, too.

Any updates on Bowen Born? — @sfan_b

I heard from Norwalk point guard Bowen Born on Monday. He hasn't yet scheduled any further official visits for August or the fall, so he has still only taken officials to Northern Iowa and Indiana State.

Don't take that as a bad thing, Drake fans. The visit just hasn't been scheduled yet. 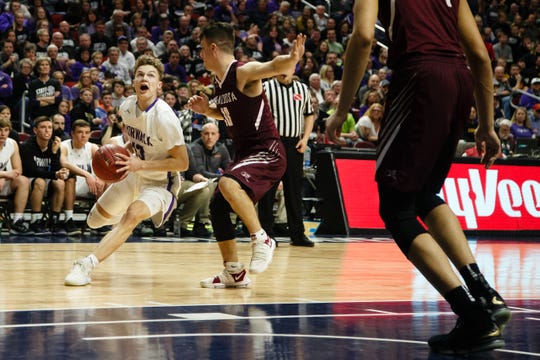 Norwalk's Bowen Born (13) drives to the net during their boys 3A state basketball championship game on Friday, March 8, 2019 in Des Moines. Oskaloosa would go on to defeat Norwalk 48-44 to win the 3A championship. (Photo: Brian Powers/The Register)

We'll have to wait and see what happens with Chicago point guard Ahron Ulis and Iowa, but the Hawkeyes offered and appear to be focusing on him right now for their 2020 point guard spot. Iowa is Ulis' only high-major suitor right now, and his relationship with the Hawkeyes dates back to when they recruited his older brother, Tyler Ulis.

On paper, that looks like a good thing for the mid-majors pursuing Born.

Again, we'll have to wait and see what happens with Ulis. But there's no reason for Fran McCaffery to take two point guards in 2020. So, if Ulis commits, Born's position would be filled in Iowa City.

Has (Xavier) Foster decided when he is narrowing to three? — @_heiney

Oskaloosa's 7-footer told me July 14 in Atlanta he'd release his finalist schools in "a little less than a week." Obviously, it hasn't happened yet.

Oh, what a calamity!

Don't read anything into the timeline not being followed to a T. The plan was for Foster to sit down with his family after their vacation and discuss his options before releasing any lists of finalists. They aren't going to rush this.

Bottom line: News will likely come sooner rather than later.