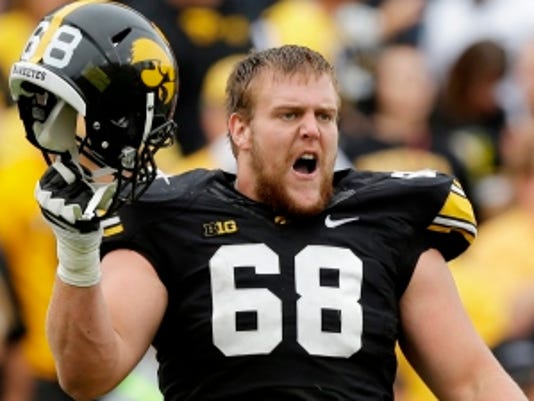 Ferentz said on an interview with Hawkeyesports.com Sunday night that he expected everyone to play who played against Ball State. But according to Iowa offensive tackle Andrew Donnal, Scherff found out Monday evening that he needed surgery.

KCRG-TV reported Tuesday morning that Scherff did have surgery to remove meniscus in his right knee. Scherff was seen entering the football complex on crutches Tuesday afternoon.

Ferentz said at his Tuesday news conference that Scherff was "day to day."

Iowa starting defensive end Drew Ott will play today. Ott was injured Monday in a collision between his moped and an automobile.