Rick Brown: Hawkeyes should be embarrassed with performance

Everything looked so good after Iowa took a 14-0 lead after its first two possessions. Things don't look so rosy now.

Rick Brown: Hawkeyes should be embarrassed with performance 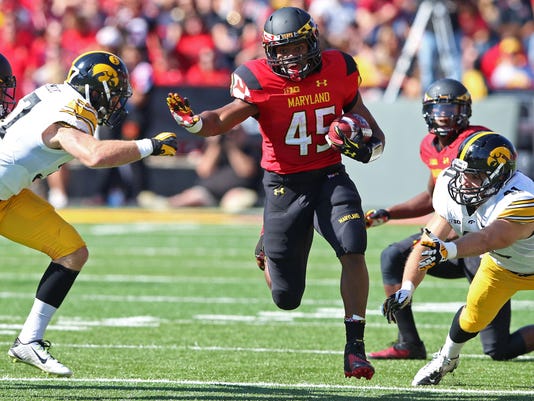 That foundation crumbled Saturday in a humbling 38-31 loss to Maryland at Byrd Stadium.

They should be embarrassed. The Hawkeyes had a great opportunity to step to the front of the line as a leading contender for the Big Ten West Division title with five games left — three of them at Kinnick Stadium against West rivals Northwestern, Wisconsin and Nebraska.

And everything looked so good after Iowa took a 14-0 lead after its first two possessions.

The next game, at home against Northwestern on Nov. 1, is a must win. And when the Wildcats hear that Ferentz said Maryland beat his team in every phase of the game, they'll probably be licking their chops.

Iowa had careless penalties. It didn't block sharply. It turned the ball over. And maybe most alarming, the Hawkeyes couldn't stop the run.

Much of that had to do with shoddy tackling.

"When you don't tackle, it's hard to play good defense," Ferentz said.

Instead of the Hawkeyes flexing their muscles on the road, where Ferentz had won six of seven, Big Ten newbie Maryland kicked sand in their face.

I thought Iowa would strut into this game, in the shadow of the U.S. Capitol, and physically trash the Terrapins like a Braley-Ernst television ad. Instead, the Hawkeyes are limping into the second bye week trying to put the pieces together again.

"The things we're known for doing when we play well, I can't think of one of those things we did well (Saturday)," Ferentz said.

The least penalized team in the Big Ten entering the game, Iowa had seven of them for 65 yards. The Hawkeyes had been penalized nine times for 64 yards in the previous three games combined.

The miscues included a second-quarter holding call that negated a Jordan Canzeri run inside the Maryland 20 and two face-mask penalities on a touchdown drive that gave Maryland its first lead of the game, 17-14, late in the first half.

A textbook on poor tackling? See Maryland's first touchdown of the game. Jacquille Veii, who was stopped in the middle of the Iowa line, somehow escaped and went untouched around left end for 23 yards.

Iowa looked to counter, but the drive ended when Jake Duzey fumbled the ball on a first down catch at the Maryland 47. Later, Desmond King fumbled away a punt and great field position at the Terrapins' 35 in the third quarter. Iowa quarterback Jake Rudock's fourth-quarter pick six made it a turnover hat trick.

When Maryland quarterback C.J. Brown was knocked out of the game early in the third quarter, and backup Caleb Rowe out for the season after blowing out a knee in practice last week, Maryland called on third stringer Perry Hills to protect a 17-14 lead. He did more than that. The Terrapins outscored Iowa, 14-7, before Brown returned.

Someone handed Ferentz a stat sheet when he entered the postgame media room.

"We got what we deserved," Ferentz said. "I don't think I need one of those."

Maryland had been averaging 140.3 yards a game. The Terrapins had 172 at halftime. Much like Indiana the week before, Iowa's once-staunch run defense is suddenly swiss cheese.

"Concerned?" Ferentz said, repeating a question. "What do you think?"

Iowa's offensive line could never control the line of scrimmage, or keep the heat off Rudock on a consistent basis. The running game, after some early success, was abandoned for the pass. Fifty-six passes, 31 runs.

Are you sure this is a Ferentz team?

After watching Saturday's swing and a miss, in the face of a golden opportunity, I'm not sure.

Iowa quarterback Jake Rudock (15) looks on after he was knocked down during the second half of an NCAA college football game against Maryland, Saturday, Oct. 18, 2014, in College Park, Md. Maryland won 38-31. (AP Photo/Nick Wass) Nick Wass, AP
Fullscreen

Maryland defensive back William Likely (4) runs an interception back for a touchdown against Iowa as fellow defensive back Sean Davis (21) reacts during the second half of an NCAA college football game, Saturday, Oct. 18, 2014, in College Park, Md. Maryland won 38-31. (AP Photo/Nick Wass) Nick Wass, AP
Fullscreen 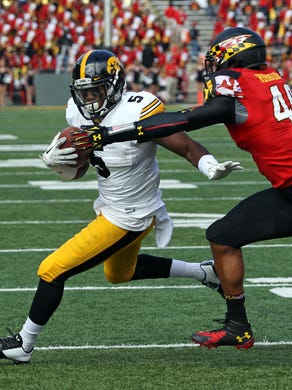 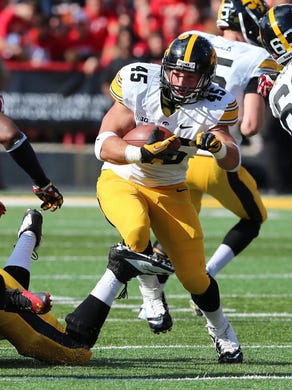 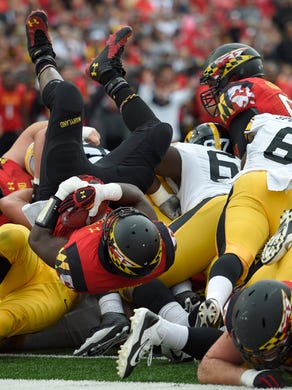 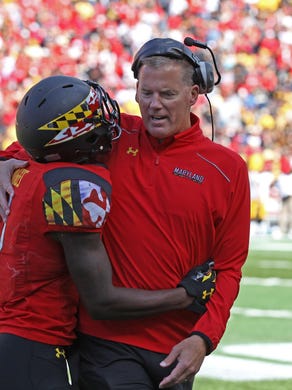 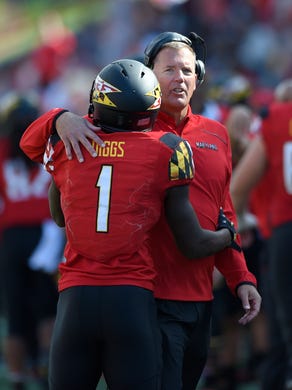 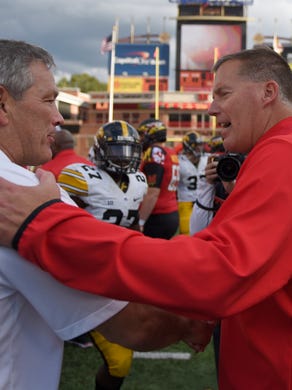