Analyst says Brandon Scherff could be No. 1 draft pick

Analyst says Brandon Scherff could be No. 1 draft pick 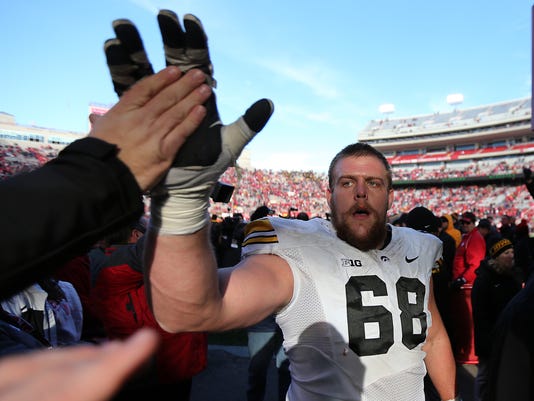 Duncan, who led the Hawkeyes to two Rose Bowl victories in the 1950s, is the only Iowa player to be selected No. 1 overall in the NFL Draft. That could change next year, according to NFL Media senior analyst Gil Brandt.

Scherff considered going pro after his junior season before deciding to return to Iowa. Some analysts consider Iowa's line to be the best in the Big Ten Conference, largely because of Scherff.

NFL.com's Mike Huguenin added that "Even if (Scherff) doesn't go first overall, he seems a lock to become the fourth Iowa offensive lineman to go in the first round since 2004 (joining Robert Gallery, Bryan Bulaga and Riley Reiff).

The Green Bay Packers selected Duncan first overall in the 1959 draft. He never played for the Packers, however, opting for the Canadian Football League and the American Football League's Dallas Texans.