Few think Iowa can beat Wisconsin on Saturday, but Badgers may be stepping into a trap at Kinnick Stadium. 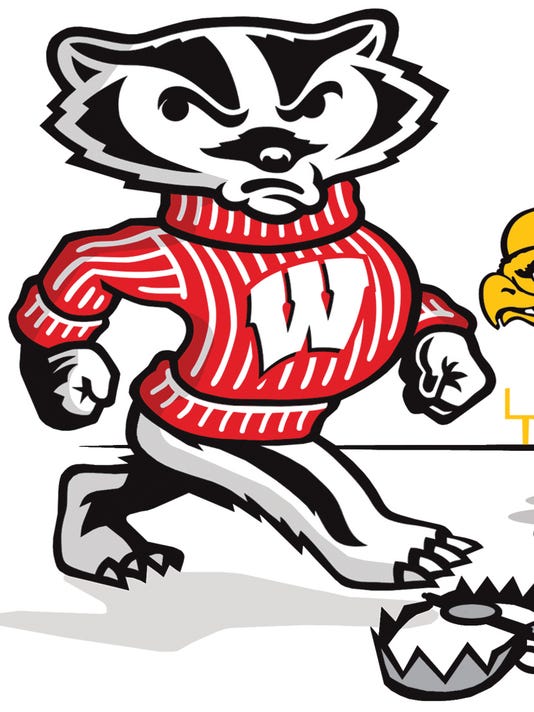 IOWA CITY, Ia. – So much is at stake. And yet, so many people dismiss Iowa's chances of beating Wisconsin.

According to oddsmakers, the Hawkeyes enter Saturday's 2:30 p.m. football showdown as 91/2-point underdogs.

Even if you factor in a little Kinnick Stadium karma, an upset seems unlikely.

"If you talk to coach (Kirk) Ferentz, I'm assuming he knows what this means," ESPN/ABC Sports analyst Chris Spielman said. "He knows what it means for his team, for the program as a whole.

"And when you're playing a team that's on a roll like Wisconsin — at home — you can't ask for a better opportunity."

In other words, the 14th-ranked Badgers may be stepping into a trap.

Wisconsin (8-2 overall, 5-1 Big Ten) controls its destiny in the West Division title chase. Junior tailback Melvin Gordon (1,909 rushing yards) is a Heisman Trophy front-runner. And the defense is allowing just 15.3 points and 244 yards per game (tops in the nation).

You can start with a group of Hawkeye seniors seeking a signature moment in what arguably amounts to the most significant game of their careers.

"There's tons to play for," running back Mark Weisman said. "A lot to play for in the division race. I don't know the last time we've beaten them.

Weisman was still considering a career in the Air Force when Iowa beat the Badgers and hoisted the Heartland Trophy in 2009.

Can the Hawks take the W from Wisconsin? Rick Brown and Andrew Logue talk it through.

"I just remember how big the game was, how loud Kinnick was," Martin-Manley said. "I feel like we're going to get that this weekend.

"The other seniors and everybody else on this team is really excited for this opportunity."

It's an opportunity that comes with low expectations from outsiders.

The Badgers have won five in a row, dismantling 11th-ranked Nebraska 59-24 a week ago.

Gordon shredded the Cornhuskers defense, running for an NCAA record 408 yards and four touchdowns, before taking the fourth quarter off.

"The problem you have is, everybody focuses on Melvin Gordon and 1,900 yards later, nobody's been able to stop him," said Spielman, who will been in the broadcast booth for today's game. "I think that's what makes Wisconsin so good."

The Hawkeyes have been helter-skelter, stumbling through losses to Maryland and Minnesota then soaring past Northwestern and Illinois.

The Badgers rolled to a 28-9 win in Iowa City last season, but what if the Hawkeyes get rolling in the rematch?

Motivation shouldn't be a problem.

"If I was a coach, I would sell all that stuff," Speilman said. "Offensive line, can we block like we did last week against Illinois? Can we get open receivers? Can they cover our tight end? This is all a challenge to the players.

"I'd throw everything at them."

Randy Peterson and Rick Brown give their weekly picks for the Big 10 and Big 12 games.

For the Badgers, it's a matter of week-to-week tunnel vision. As long as they keep winning, they'll reach the Big Ten championship game in Indianapolis.

For the Hawkeyes, it's time to dream about stealing the West Division crown.

"We talk about it, because that's what we've been working for since (last season's) bowl game," Martin-Manley said. "We know how close we are, and we feel like we really can do it.

"And we feel like we are going to do it."