This is Dillon Doyle: An athletic philosopher who wants to save football

Beneath Doyle's Iowa City West helmet is a brain teeming with activity, a 4.0 student who wants to tackle football's biggest problem: concussions.

This is Dillon Doyle: An athletic philosopher who wants to save football 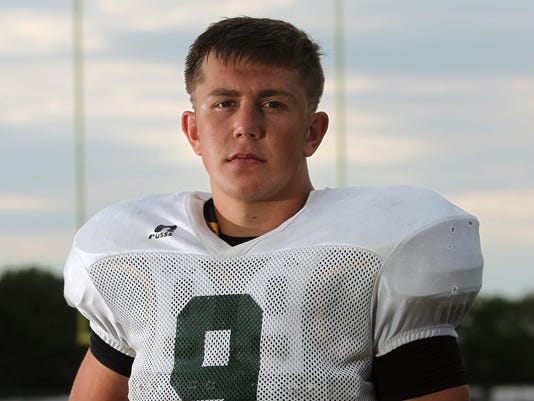 IOWA CITY, Ia. — Even in football’s offseason, Dillon Doyle wakes up when it's dark. He’s out of bed and on his way to work out before sunrise, building up a sweat by 7 a.m.

"I feel like Rocky a little bit when I do sledgehammers," he said with a boyish giggle that reminds you this 6-foot-3, 220-pound Iowa linebacker recruit is still a 17-year-old kid.

Doyle heads home after working out and goes straight for the kitchen, where he scarfs down his first of five meals for the day. He eats eggs, peanut butter toast, oatmeal, fruit and a green shake. (Cap’n Crunch and pancakes on Saturdays.)

Then, with the time left before school, Doyle reads philosophy.

He’s currently immersed in "Meditations" by Marcus Aurelius, the emperor of Rome from 161-180 A.D.

To truly understand the state’s top linebacker prospect, you’ve got to look beyond his three stars, his Iowa Eight status, his hard-hitting shoulders and lightning-quick feet.

Beneath Doyle's West helmet is a brain teeming with activity. Under his Trojans jersey is a 4.0 student who plans to tackle football's concussion problem after he graduates college.

This is a rare type of kid.

This is Dillon Doyle — the athlete and the scholar. 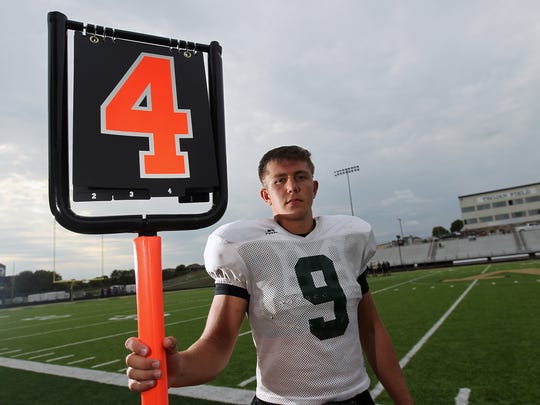 Chris Doyle is praised for shaping powerhouse athletes at Iowa. But he and his wife, Tia, cared most about fostering strong brains in their three boys: Dillon, Donovan, 19, and Declan, 21.

"Our focus was never on — this sounds odd — but we weren't focused on sports," Chris Doyle said, sitting at his dining room table with Dillon, Tia, Donovan and Boston, the family's golden retriever-poodle mix. "We were focused on trying to raise good kids. The academic part of it always had role No. 1.

"We were more concerned with the life lessons that you can learn from sports. We didn't give a hoot what sport. And it always took a back seat to them growing academically."

Math was a constant at home. Tia, a math professor at Kirkwood Community College, helped teach the subject to her children. And from elementary through high school, she would tutor Dillon's peers at the house.

Reading was encouraged, too. Books such as "Meditations" or the financial bible "Think and Grow Rich" by Napoleon Hill fill the Doyle home.

After 17 years in that kind of environment, Doyle is a straight-A student at West. He got a 32 on his ACT — better than 98 percent of test-takers. Harvard recruited him for football. He competes with his quarterback, Evan Flitz, to see who earns the best test grades in school.

And surprise: A kid who reads philosophy for fun wants to wants to major in neuroscience or psychology at Iowa. With that degree, Doyle plans to address football's concussion problem and research ways to solve it.

Those plans stemmed from a paper he wrote last year about how the NFL should handle brain injuries moving forward.

"I still have the paper," Doyle said with a smile. "Keep funding research. The movie, 'Concussion' — (with) Dr. Omalu — he’s talked about making a pill for the brain that you can take before playing to possibly stop the release of the proteins in the brain that block the passageways.

"The ultimate goal with being in neuroscience or getting a psychology degree would be to research the effects of football afterwards — and hopefully, with the way things are going right now, save the game of football in the future."

His family laughs when Doyle mentions "Stuff," a boyhood game he and his brothers played on a wrestling mat in their basement. The rules were straightforward: Donovan and Declan lined up on their knees in a goal-line defense, and Dillon would be the ball-carrier, trying to run the length of the mat without getting tackled.

"They started beating up on him at age zero," Tia quipped.

Doyle’s forms of childhood entertainment sound exactly like what you'd expect from a strength coach's son.

He had a pull-up bar in his room when he was a little kid. He'd hold pushup competitions with his brothers before bed each night. They’d play every sport imaginable in the backyard. On Mondays throughout elementary school, they’d go to the neighborhood park ... to run hill sprints.

All three are health aficionados, but Dillon has gone a step further than even his brothers. He renounced all fast food and soda when he was 7. He’s had one sip of Sprite in his life. He hated it.

"That was completely on his own," Chris Doyle said. "Now, (his brothers) eat extremely healthy. But at young age, Dillon said, 'I’m never going to eat fast food again and I’m not going to drink soda again.' He just did that on his own. The kid’s approach, I think, was unique at that age."

"It was not his physicality (that led to Dillon's success)," Tia Doyle added. "It was his mind." 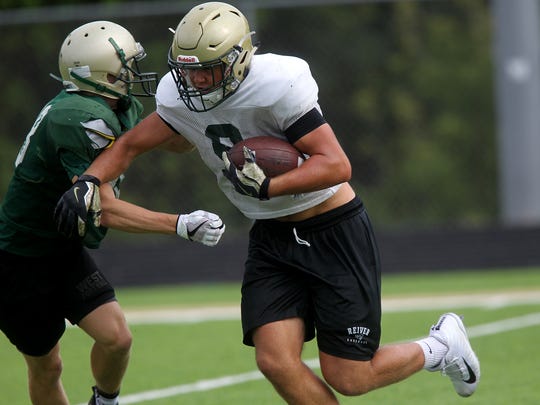 To Dillon, he was simply following the mantra of his house: pay now or pay later.

"We do things that are uncomfortable now so we can be comfortable later in life," he explained. "That’s a big part of how we eat, how we train. My dad and I were talking about it today: We’re trying to pay the 'tomorrow man.'"

Doyle paid the "tomorrow man" for as long as he can remember in order to earn an Iowa football scholarship. That came on March 5, at Iowa’s junior day. Fifteen days later, the kid who will never eat a Big Mac picked the Hawkeyes over Harvard, Northern Illinois, Central Florida and South Dakota.

But before he joins the storied ranks of Iowa's linebackers, Doyle still has one more year at West. The Trojans are gunning for a Class 4A state title after falling one game short in 2016. If they do reach that goal in November, Doyle will be a big reason why — on both sides of the ball.

He'll likely be done with "Meditations" in November, too. Maybe he'll be halfway through Plato's "Republic" by then.

Matthew Bain covers preps, recruiting and the Hawkeyes for the Iowa City Press-Citizen, The Des Moines Register and HawkCentral. Contact him at mbain@gannett.com and follow him on Twitter at @MatthewBain_.