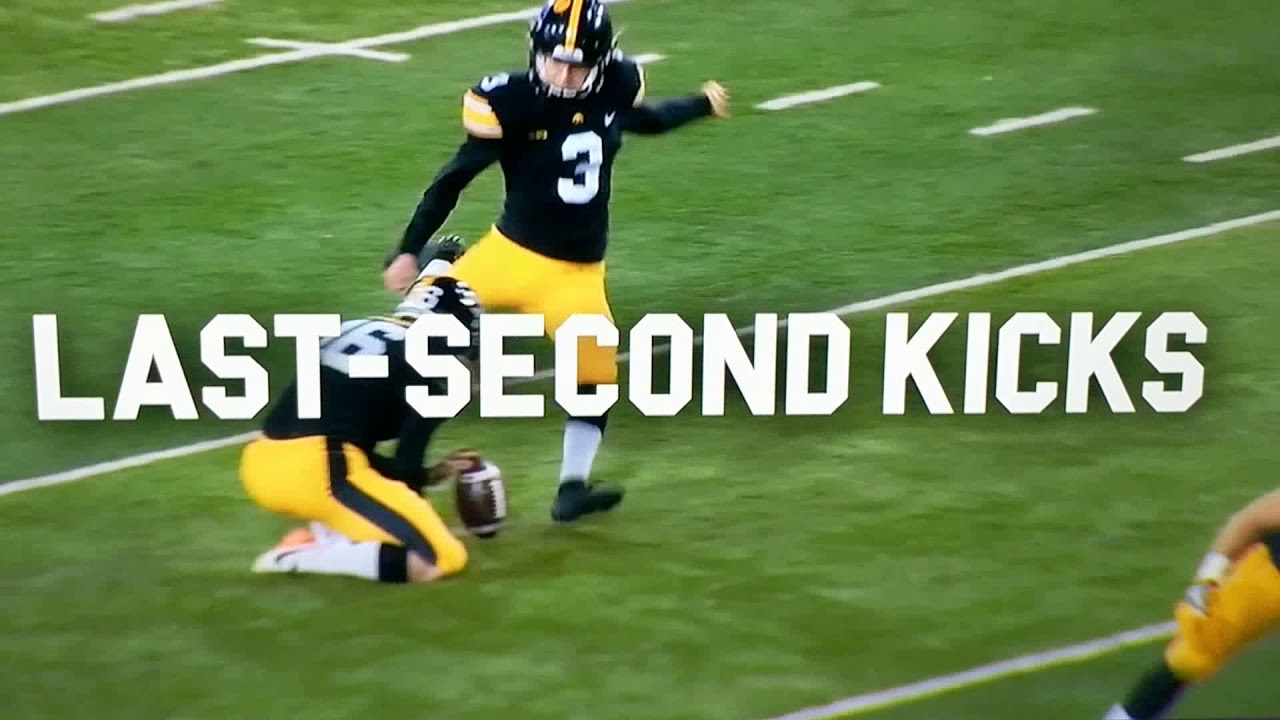 ESPN isn't holding much back in trying to get you geeked up for Iowa's Saturday night under-the-lights Big Ten Conference opener against No. 4 Penn State.

The network's 30-second commercial released this week includes all the stuff you'd expect when trying to pump up the possibility of an upset — cue Keith Duncan's thrilling game-winner over Michigan last year and the thousands of you pouring onto the Kinnick Stadium field.

Oh, and then there's the Kinnick Wave, which you can expect to get full attention when the 6:30 p.m. game on ABC reaches the end of the first quarter.

There's even more love for the Nittany Lions, which is what you would expect for a conference favorite and College Football Playoff contender that boasts a legit Heisman Trophy candidate.

(By the way, we can't help but notice that said candidate — Saquon Barkley — looks like he knows how to do a now-illegal Akrum Wadley impersonation.)

The matchup between 3-0 squads will feature the top broadcast team of Chris Fowler and Kirk Herbstreit.