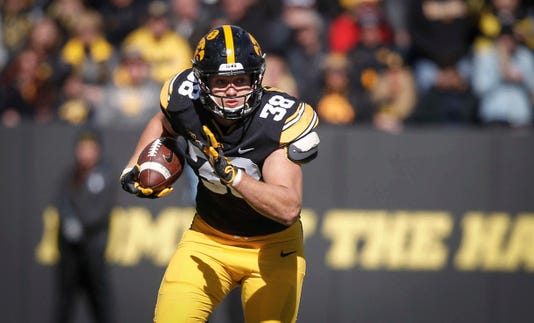 Hockenson and Hooker were named to the second team, while Fant was a third-team selection. 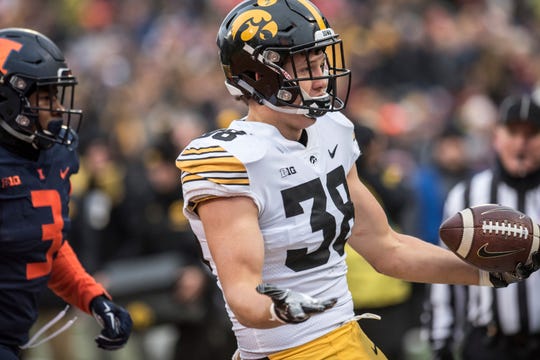 Iowa's T.J. Hockenson scored touchdowns on both of his receptions at Illinois, this one on a 37-yarder in a 63-0 win. (Photo: Holly Hart, AP)

Hockenson, a redshirt sophomore from Chariton, received the John Mackey Award last week as the top tight end in the nation. Hockenson was named Big Ten Tight End of the Year and earned first-team All-Big Ten honors from Big Ten media and the AP.

Hockenson leads the Hawkeyes with 46 receptions for 717 yards and six receiving touchdowns.

Hooker is a junior from Minneapolis. He was named Defensive Back of the Year in the Big Ten and earned first-team All-Big Ten honors from both coaches and media. 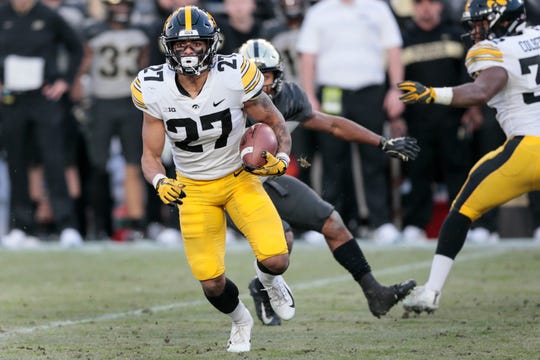 Iowa defensive back Amani Hooker (27) runs with the ball after intercepting it while playing Purdue in the second half of an NCAA college football game in West Lafayette, Ind., Saturday, Nov. 3, 2018. (Photo: AJ Mast/AP)

Fant, a junior from Omaha, Neb., was named first-team All-Big Ten by league coaches and second-team by conference media and the AP. Fant recorded 39 receptions for 519 yards and led the Hawkeyes with seven touchdown receptions.