Here’s a look at the top three offensive and defensive playmakers for Iowa and Mississippi State before the Jan. 1 Outback Bowl in Tampa, Florida.

The Hawkeyes will be looking to repeat the success they had at the 2017 Pinstripe Bowl when they face Mississippi State in the Outback Bowl. Hawk Central 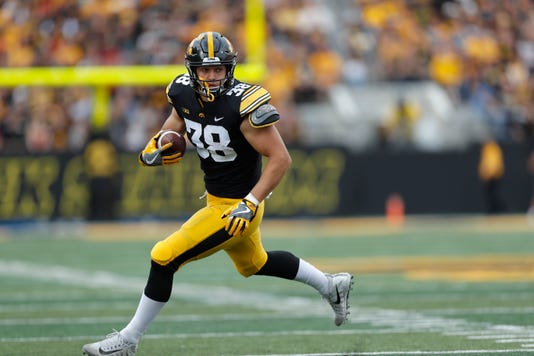 The Jan. 1 Outback Bowl features plenty of talent on both sides of the ball. Here’s a look at the top three offensive and defensive playmakers for Iowa and Mississippi State.

Nate Stanley (Iowa quarterback): At his best, Stanley showed this season he can be one of the best quarterbacks in the Big Ten. Sure, some of his better statistical games came earlier in the year, but the Iowa quarterback ended the regular season with five touchdown passes and one interception over the previous two games. A strong Outback Bowl would be a nice boost into Stanley’s senior year.

Mekhi Sargent (Iowa running back): The Iowa Western transfer took firm control of the Hawkeyes’ backfield down the stretch. Sargent began the year third in Iowa’s running back committee, but two straight solid performances to end the year generated plenty of buzz. Sargent ran for 293 yards and three TDs in wins over Illinois and Nebraska. Toren Young and Ivory Kelly-Martin remain in the mix, but expect plenty of Sargent against the Bulldogs.

T.J. Hockenson (Iowa tight end): Is this Hockenson’s final game in black and gold? To be determined. But if it is, what a way to end things. Teammate Noah Fant generated most of the preseason buzz, but Hockenson emerged as arguably the best tight end in the country. The Mackey Award winner will look to end the 2018 season in emphatic fashion against a stingy Mississippi State defense.

Nick Fitzgerald (Mississippi State quarterback): A true dual threat, Fitzgerald has racked up 1,615 passing yards, 1,018 rushing yards and 27 total touchdowns. He’s the heartbeat of the Bulldogs offense and will certainly be looking for one final memory in his final collegiate game.

Kylin Hill (Mississippi State running back): The Bulldogs’ leading running back has scampered for 691 yards and four touchdowns on 105 attempts, averaging more than six yards per carry. Hill is coming off a strong Egg Bowl, where he ran for 108 yards and a score in Mississippi State’s 35-3 win.

Aeris Williams (Mississippi State running back): The Bulldogs don’t air it out much, so keeping their ground game in check is paramount for the Hawkeyes. Williams is the other option, having ran for 502 yards and three touchdowns on 79 carries. He’s averaging five yards per touch in each of his last two games.

A.J. Epenesa (Iowa defensive end): He’ll take on a full workload next season, but Epenesa more than proved his recruiting worth with an emphatic sophomore season. His 15.5 TFLs and 9.5 sacks are both team-highs. Epenesa has singled-handedly taken over games this year, and Iowa wouldn’t mind him doing so again Tampa.

Amani Hooker (Iowa safety): At the start of the year, many would’ve have guessed Hooker would be facing an NFL decision at season’s end. But this could be his last Hawkeye showing after a solid junior year. Hooker’s versatility gave Iowa’s defense an added dimension, and his playmaking skills make him a secondary force. Expect Hooker to continue his linebacker/safety hybrid role against the Bulldogs. 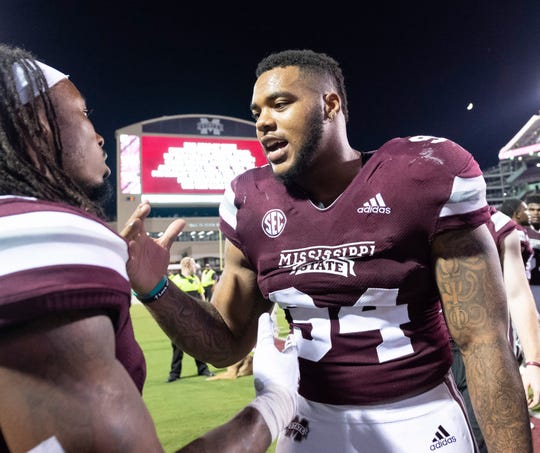 Jeffery Simmons (Mississippi State defensive end): Simmons has already declared for the NFL Draft, but he’s not skipping the bowl game as other collegiate stars have opted to do. Simmons is a potential first-round draft pick and the Bulldogs’ anchor up front.

Montez Sweat (Mississippi State defensive end): A first-team all-SEC selection just like Simmons, Sweat is a huge reason why the Bulldogs’ defense is one of the best in the country. Sweat led the Bulldogs with 11 sacks and seven quarterback hurries.

Johnathan Abram (Mississippi State safety): Abram became the Bulldogs’ first safety to earn all-conference honors since 2013, landing on the SEC’s second team. The hard-hitting Abram led Mississippi State with 93 tackles and has accepted an invite to play in the Senior Bowl.