For the second time in less than a week, Iowa has added a solid prospect to its 2020 class.

Kirk Ferentz is asked if he could request one thing from new Big Ten commissioner Kevin Warren, what would it be? Hawk Central

For the second time in less than a week, Iowa has added a solid prospect to its 2020 class.

Yahya Black, a three-star defensive end from Minnesota, committed to the Hawkeyes late Friday night via Twitter while on an unofficial visit. He joins offensive lineman Mason Richman as players who have committed to Iowa this week.

"Committed to Iowa,” Black tweeted in a modest announcement compared to many of today's prospects. "Many great experiences ahead." Black's commitment was only his second tweet since creating his account last August. 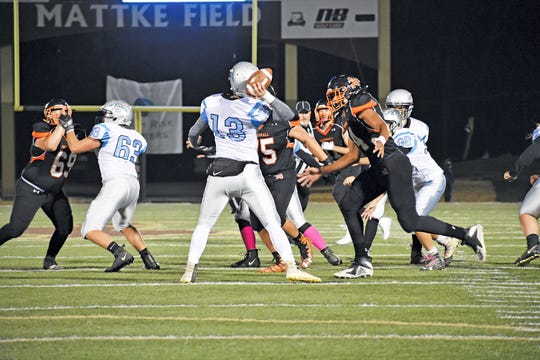 Black reportedly held offers from Kansas State, Minnesota, Buffalo, North Dakota State and others. The 6-foot-6, 250-pounder is ranked as the nation's No. 40 strong side defensive end and Minnesota's No. 6 prospect, according to 247Sports Composite.

Hawkeye Defense got better tonite!!! @CoachK_Bell may not stop smiling till Monday. #ABC#Swarm20#MNHawkeye#Takenpic.twitter.com/H7Svj9zhkw