Iowa will be without two reserves in Saturday's season opener.

IOWA CITY, Ia. — Iowa will be without two reserves in Saturday's season opener.

Offensive lineman Cole Banwart and defensive back Julius Brents will be sidelined against Miami (Ohio), the Iowa radio network confirmed pregame. Banwart is dealing with a foot injury. Brents has a knee injury, but Iowa's radio broadcast said it is not serious. 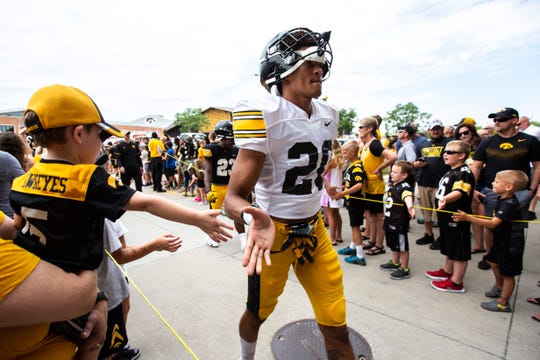 Neither absence is hugely surprising. Kirk Ferentz ruled Banwart as doubtful earlier in the week, and also said that Brents had been banged up throughout fall camp.

With Banwart sidelined, Landan and Levi Paulsen will start at guard as anticipated. Brents wasn't expected to be in the starting lineup; look for Riley Moss to be the top backup cornerback to Matt Hankins, Michael Ojemudia and D.J. Johnson.