The Hawkeyes will have Loxley Keala eligible and ready to roll for the 2015 season. She played at Missouri her first two season. 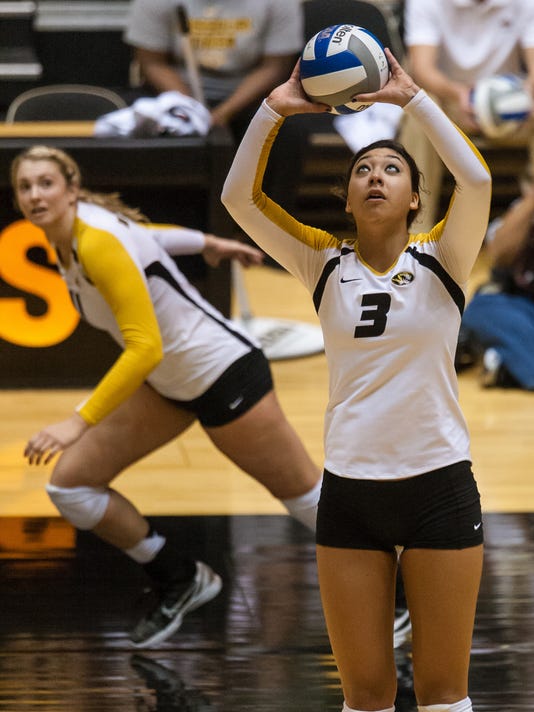 If a setter in volleyball is akin to a quarterback in football, it's no wonder Bond Shymansky was a happy guy Wednesday.

The Iowa volleyball coach was ecstatic with the release that setter Loxley Keala would be transferring into the Hawkeye program from Missouri.

"I can only imagine how excited Denver Broncos fans were when they signed Peyton Manning," Shymansky said.

"We've become much more legitimate with a quarterback on our court like Loxley."

Keala, a native of Kaneohe, Hawaii, spent two years at Missouri — a program that had a 34-0 regular season her freshman year when she was a defensive specialist. She led Missouri in assists as a sophomore and fits well into Iowa's 5-1 scheme.

Shymansky made first contact with Keala four years ago and bonded with her family in Hawaii when he recruited her as coach at Marquette. That connection paid off when Keala decided to transfer.

"It was really a no-brainer for us," Shymansky said.

Shymansky restored an in-shambles Iowa program into Big Ten Conference credibility in his first season at the helm in 2014. Iowa won six league matches this past season, something it hadn't done since 2008.

The next step for Shymansky is to get the Hawkeyes back to the NCAA Tournament for the first time since 1994. Keala's transfer helps bring that into a closer reach.

"I'm so excited about having someone of her caliber and capability," Shymansky said. "A big-time impact in a conference that is absolutely big-time."