IOWA CITY, Ia. — Markus Simmons stayed down on one knee and accepted two stalling penalties instead of immediately restarting another physical period against top-ranked Thomas Gilman.

Chase Straw looked toward his Iowa State coaches and the referees, lifting a free arm and wondering what to do as Brandon Sorensen swarmed and cranked his other arm. 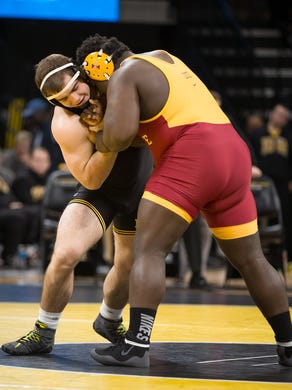 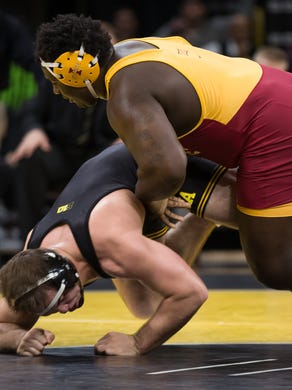 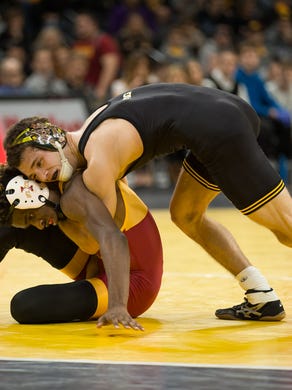 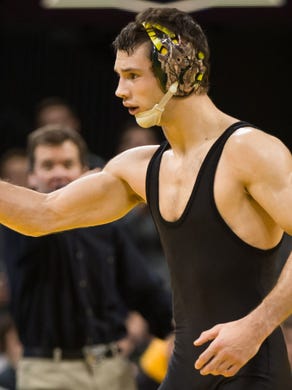 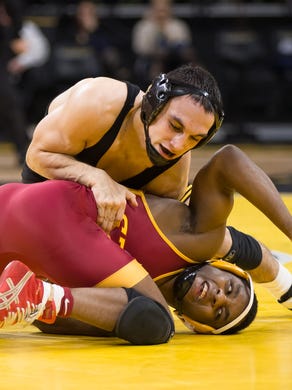 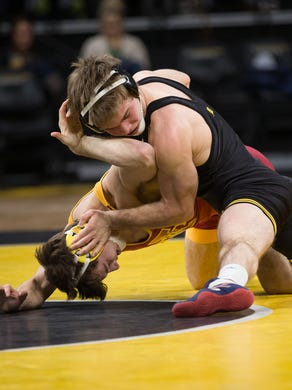 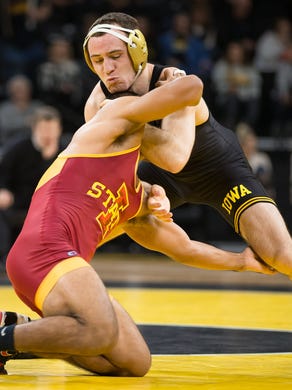 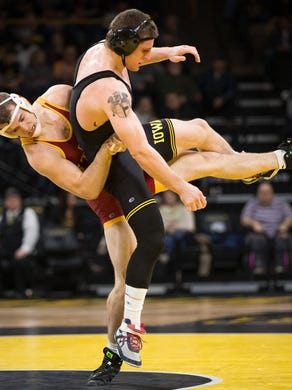 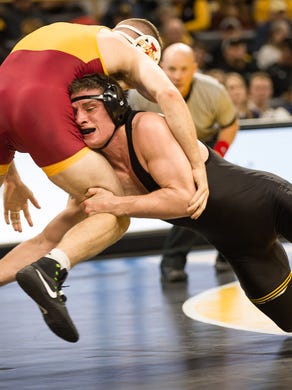 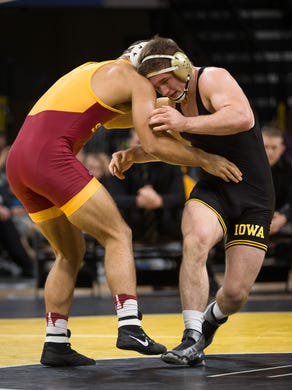 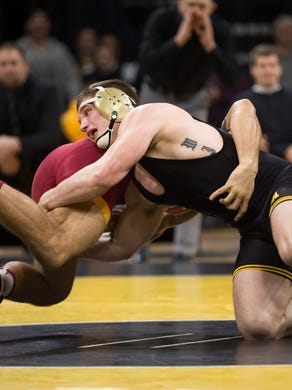 Iowa State (1-4) won two of the first three matches in a meet that began at heavyweight, then proceeded to fall in Iowa City for the 29th time in 30 tries.

The second-ranked Hawkeyes (5-0) were pleased with the rivalry win, if not completely satisfied. Gilman’s technical fall at 125 pounds, Sorensen’s major decision at 149 and another technical fall by Sammy Brooks at 184 boosted spirits and team points through a slew of close matches.

“That was a very close dual, even though the score was lopsided. There are some tough situations we need to wrestle through, and that is a concern. Big time.”

“We haven’t had a strong season to this point,” Iowa State head coach Kevin Jackson said. “I don’t think people would have expected us to be in a competitive dual with the No. 2 team, but we weren’t that far away from it.”

The dual was defined as much by who didn’t participate as who did.

Topher Carton makes the most of his chance for Hawkeyes

Iowa left No. 1 Cory Clark and No. 5 Sam Stoll out of the lineup, as they’re still recovering from injuries and being held out as a precaution. They were replaced by Phillip Laux and Steven Holloway at 133 and 285, and both backups dropped decisions.

Iowa State held out All-American junior Patrick Downey, who warmed up and was listed in the probable lineup, but was picked over for Carson Powell at 184. As Brooks handled Powell on the mat — three near-falls led to the 19-3 finish — Downey was frustrated off it and walked to the locker room.

“I didn’t want to use (Downey), really,” Jackson said. “He hasn’t trained a whole lot. He was coming off an injury. And he had wrestled (Brooks) a couple times and knew what he was capable of doing with him when he’s in great shape or when he’s not in great shape … I need him for the second half of the season.”

By the time heads had cooled and the in-state squads left the mat placed on top of Iowa’s basketball court, the Hawkeyes were already looking ahead. They’re aspiring to more than holding Iowa State to single-digit scoring in a dual for the sixth year in a row.

Iowa State claimed the few positives they could find from another challenging trip east. Jackson’s top wrestlers will likely see some Hawkeyes again at the Midlands Championships in Evanston, Ill., in late December.

“We’ve got some guys coming through the pipe that are going to give Iowa State the best chance to get back in this series and make it a legitimate rivalry,” Jackson said.

For now, Iowa’s attitude is enough to keep the Dan Gable Traveling Trophy and the state’s collegiate wrestling glory in Iowa City. Even if Big Ten and NCAA Championships are a few months away.

“I’m always going out there, trying to beat my opponent to a pulp and make that margin as large as I can,” Gilman said. “I think if I do that, it picks up the slack.”