“I am excited to coach at the Division I level someday. I believe it’s going to happen. It’s just a matter of when.”

This is the fourth of a five-part series profiling the Hawkeye Wrestling Club’s women’s freestyle wrestlers. Today’s story is on Lauren Louive, a 2018 U.S. Open runner-up and the first women’s wrestler to join the HWC.

IOWA CITY, Ia. — Years from now, when the history of the Hawkeye Wrestling Club is written, there will be a chapter dedicated to the women’s freestyle wrestlers. And it will start with Lauren Louive, an Ohio native who was the first to join more than three years ago.

But Louive wants to be known as more than just the first women’s freestyler to train with the the club. She hopes to become the head coach of a Division I women’s wrestling program.

“Honestly, I’m sometimes shocked that we haven’t (promoted women's wrestling) sooner,” Louive said. “I am excited to coach at the Division I level someday.

“I believe it’s going to happen. It’s just a matter of when.”

Louive is now one of five women’s freestyle wrestlers who trains with the Hawkeye Wrestling Club. She will contend at 59 kilograms (130 pounds) at this week’s U.S. Open in Las Vegas. A strong showing will put her in position to make a run at the Senior world team later this summer. 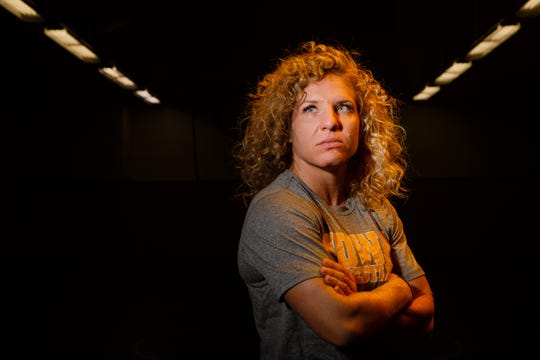 Over the past decade, Louive has achieved numerous accolades on the mat. She was a Junior world-teamer in 2010, a four-time Women’s Collegiate Wrestling Association All-American at the University of the Cumberlands, and she competed in the 2016 Olympic Trials. A year ago, she finished second at the U.S. Open and was the runner-up at the world team trials a month later.

As such, she’s one of USA Wrestling’s veterans in women’s freestyle, and has openly discussed coaching as being the next phase of her career.

“I really enjoy helping other athletes and seeing the changes they make when you give them tips and watching them improve,” Louive said. “I love seeing how you can positively affect another person, another athlete, to help them reach their goals and dreams.”

Louive has dabbled in coaching since graduating fromCumberlands in 2013. She spent two years as a graduate assistant under head coach Donnie Stephens, helping the Patriots to back-to-back top-10 finishes at the WCWA national championships.

When she moved to Iowa to join the Hawkeye Wrestling Club, she worked as a volunteer assistant at Cornell College under the late Mike Duroe. She also served as the Ohio women’s national team director — she’s originally from Massillon, less than an hour south of Akron.

“She is very professional about her training and preparation for competition,” Stephens wrote in an email to the Des Moines Register. “There are so many different little details in the technique, the dieting, time management. And Lauren pays attention to each detail.

“When she started coaching, I noticed right away she was committed to helping young women feel comfortable on the mat and to enjoy the sport and see the fun in wrestling.  She is really helping grow the sport.” 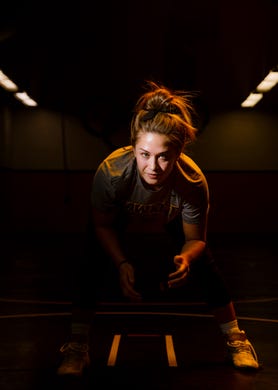 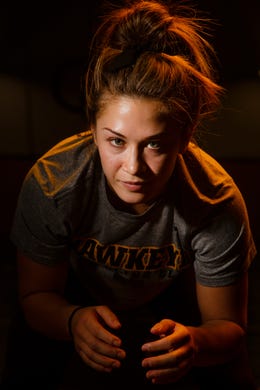 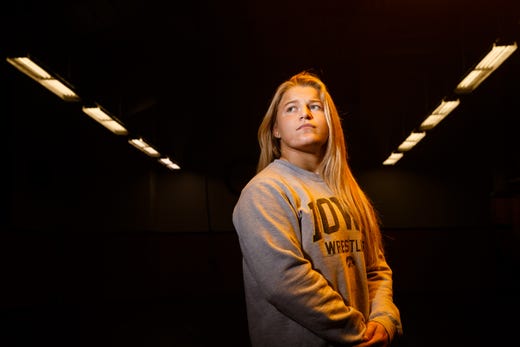 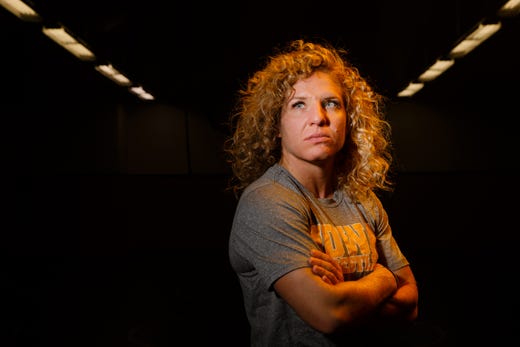 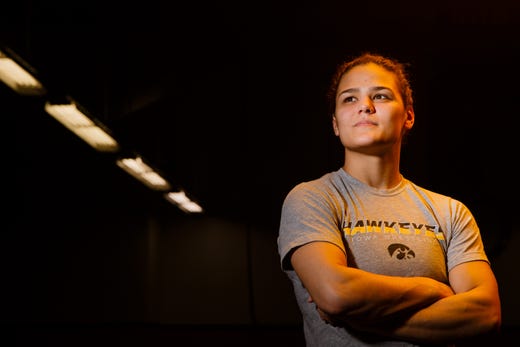 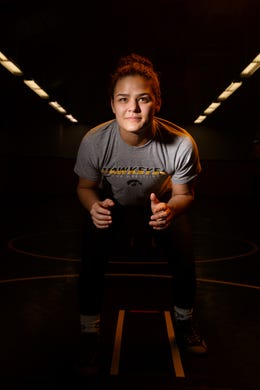 Louive has continued those efforts here in Iowa. She helped run the Hawkeyes’ all-girls camp last summer. Girls’ high school wrestling participation in the state has risen from 40 in 2013-14 to nearly 200 this past season. National participation has ballooned from 9,904 in 2013-14 to 16,562 in 2017-18, according to the National Federation of State High School Associations.

The sport’s growth has continued in the collegiate ranks as well. The NAIA added women’s wrestling as an invitational sport, beginning in 2018-19. The WCWA has held a national championship every year since 2004. Both organizations have added programs in recent years.

Even more, several organizations came together to submit a formal bid to the NCAA Office of Inclusion asking that women’s wrestling be recognized as an emerging sport in 2017, during which Iowa coach Tom Brands voiced his support.

“We need our best wrestlers back involved with the sport. For Lauren, being around the Iowa program, and being around all of those great wrestlers, that’s only going to help her as a coach.” 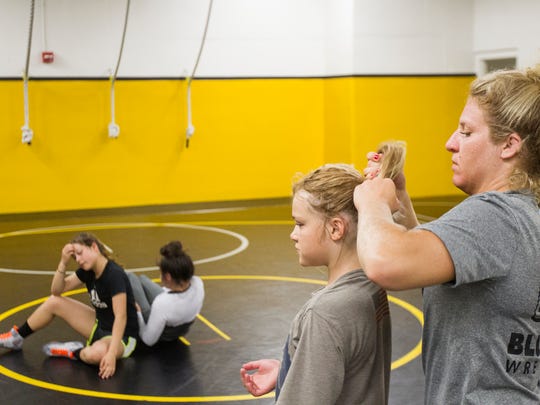 Louive still has unfinished business as a competitor. After getting a taste of the Olympic Trials in 2016, she hopes to make another run in 2020, one that ends with her standing on top of the podium with a gold medal around her neck.

But once her competitive career is finished, she hopes to give back to a sport that has given her so much.

“It will definitely be a challenge,” Louive said. “I was pretty successful as a runner and in soccer and volleyball. But wrestling was just another challenge. It was just tougher than anything else I've done. That’s what drew me to it.

“I love the growth, and I am excited to see it continue.”

► Meet Forrest Molinari, a Hawkeye Wrestling Club member and one of the country's best women's wrestlers

► 'Iowa is home': Kayla Miracle aiming for next step in career with Hawkeye Wrestling Club