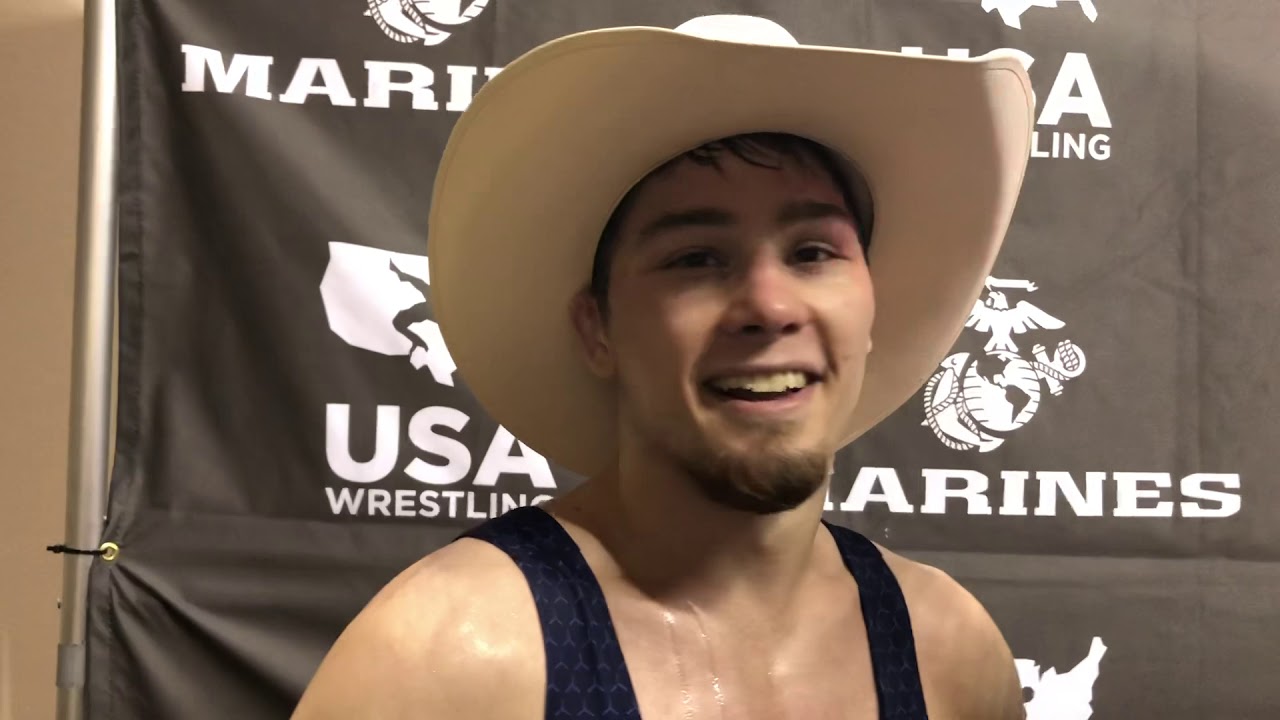 Spencer Lee took a giant step toward his Olympic dream this weekend.

The Iowa junior stormed to first place at the U.S. Senior National Championships at the Fort Worth Convention Center in Texas. Lee went 5-0 to win at 57 kilograms (125 pounds), capping it with an 8-2 win over Nathan Tomasello of the Ohio RTC in Sunday’s finals.

In doing so, Lee is now qualified for the 2020 U.S. Olympic Trials, set for April 4-5 at the Bryce Jordan Center in State College, Penn. And if his performance this weekend is any indication, he is a true, legitimate threat to make the U.S. men’s freestyle Olympic team, too.

The 57-kilo bracket included six total NCAA champs, dozens of past All-Americans, a Junior world silver medalist, a U23 world-teamer, in addition to several other credentialed wrestlers. Lee, a two-time NCAA champion and a three-time age-level world champ himself, outscored his five opponents a combined 52-6.

His first two matches last a combined 57 seconds, as he won both by identical 10-0 technical falls.

His third match: another 10-0 technical fall over Darian Cruz, a 2017 NCAA champ from Lehigh.

His fourth: a 14-4 technical fall over Cornell’s Vitali Arujau, a 2019 NCAA All-American and a Junior freestyle world silver medalist this past summer.

That set up Sunday’s final against Tomasello, who Lee pinned in the NCAA semifinals back in 2017. Tomasello left a similar wake in his path to the finals, beating Stanford’s Gabe Townsell, a U23 world-teamer this past summer, as well as Nahshon Garrett, a past NCAA champ from Cornell, among others.

Lee controlled Sunday’s meeting the whole way. A pair of takedowns and a step-out point led to a 5-0 lead after the first period. Tomasello scored early in the second, but Lee went up 6-2 on a caution-and-one after Tomasello hit him in the face, then added a third takedown on the edge, where Lee came up from underneath Tomasello and put him on his shoulder.

The toughest part of this process is still in front of Lee. The U.S. Olympic Trials will feature much of the same impressive field plus more — like Daton Fix, an Oklahoma State standout and 2019 Senior men’s freestyle world team member, and Thomas Gilman, a former Hawkeye and two-time Senior world-teamer who won a world silver in 2017.

Lee will tackle those challenges when they arrive. For now, he’s ensured he’ll give himself the opportunity to meet them. Only so many opportunities exist to qualify for the Olympic Trials, and Lee knew it would be important for him to capitalize on his chance this weekend.

He did more than that, blowing through arguably the tournament’s toughest weight with the kind of dominance that should make him a favorite in April. Lee has long dreamed of winning an Olympic gold medal. He’s now closer than he’s ever been.

So, who else has qualified?

Lee is one of a handful of wrestlers with Iowa ties to have qualified for the U.S. Olympic Trials in April.

The Hawkeye Wrestling Club’s Forrest Molinari, Kayla Miracle, Alli Ragan are all qualified for women’s freestyle because they all made the 2019 world team. Molinari actually competed in Forth Worth and went 5-0 with four pins to win at 68 kilos (150). Gilman also qualified since he made the men’s freestyle team in both 2017 and 2018.

One more: Iowa State redshirt freshman David Carr is also eligible to compete at the Olympic Trials due to winning a Junior men’s freestyle world title this past summer.

A handful of other wrestlers with Iowa ties competed in Fort Worth but did not qualify.

There are only a handful of opportunities left for wrestlers to qualify for the U.S. Olympic Trials.

The NCAA Division I Championships, set for March 19-21 in Minneapolis, also serve as a qualifier for both men’s freestyle and Greco-Roman. Any NCAA Champion qualifies for the trials, at whatever weight and in whatever style they choose.

Finally, all wrestlers can compete at the Last Chance Qualifier is set for March — one week before the U.S. Olympic Trials — where the top two place-winners will qualify. True seconds will be contested if necessary.