The NFL and the NFLPA agree on daily COVID-19 testing protocols as rookies begin reporting to training camp.

SportsPulse: It feels like every player has beef with their Madden ratings. Mackenzie Salmon connected with Madden's rating adjustor Clint Oldenburg and got him to explain this year's most controversial ratings. USA TODAY

But the players did not, they explained in various iterations, want to unreasonably risk their own or their families’ health to achieve that goal. Questions loomed large with Kansas City Chiefs and Houston Texans rookies scheduled to report to team facilities Monday. A pressing question remained unanswered: How frequently would players receive coronavirus testing?

On Monday afternoon, the league and union reached an answer.

The NFL and NFL Players Association agreed that players, coaches and designated staff who interact with them will undergo COVID-19 testing daily throughout the first two weeks of training camp, league Chief Medical Officer Dr. Allen Sills confirmed. After two weeks, testing frequency guidelines will depend on the positivity rate. Should the test positivity rate drop below 5%, testing will be reduced to every other day. If the positivity rate climbs back to or surpasses 5%, daily testing will resume.

Players will also be required to test negative more than once before reporting to team activities.

“We are trying to minimize transmission of virus and mitigate risk of any player contracting the virus,” Sills said. “We know we can’t eliminate risk.”

In addition to players and coaches, medical staff, equipment staff, and strength and conditioning staff will be subject to these protocols.

Club employees in offices removed from the team environment will not all be subject to the same protocols.

“This is not going to feel normal because it’s not going to be normal,” Sills said Sunday. “We’ve asked everyone to go through and look at the facility, the layout and the routine of practice through the lens of: ‘What can we do to mitigate risk?’"

NFL players' #WeWanttoPlay social media blitz targets clarity on health and safety protocols. Where does protocol stand as of now?

Here's an excerpt, plus more in our @usatodaysports story: https://t.co/3H1yaOviMGpic.twitter.com/VrGgawzNXX

The decision on testing frequency came as the players union reviews teams’ infectious disease emergency response (IDER) plans. Each of the 32 teams’ plans have been submitted to and approved by joint infectious disease experts as well as Sills, a person with knowledge of the plans confirmed to USA TODAY Sports on Sunday afternoon. The person was granted anonymity due to the sensitivity of protocol negotiations between the league and union.

The union began receiving plan outlines over the last few days, the person said. Some teams' IDER plans have already been approved.

Testing is among many protocols teams will implement for risk mitigation. Teams will also require daily temperature screening, symptom monitoring, social distancing and masks. The league will use an Apple Watch-like proximity tracking device to identify which players, coaches and staff might have come into contact with someone who tested positive. The device will deliver, with a “very fine degree of precision” who was exposed to whom and for what length of time.

The league has outlined a flow chart for club officials to follow based on those factors, including isolation until a negative test and subsequent daily testing for a period even if the positivity rate of results no longer requires that for all club members.

Sills said the league confirmed with its test supplier, BioReference Laboratories, that the testing protocol will not impact the availability or expediency of public testing. Guidelines, including testing protocols, were approved “unanimously” by consulting entities including the CDC and White House Task Force, Sills said.

The Chiefs and Texans each have rookies scheduled to report for training camp on Monday. (Photo: Denny Medley, USA TODAY Sports)

OPINION: NFL would be wise to delay start of the 2020 season

NFL NEWSLETTER: Sign up now to get football news delivered to your inbox

The league anticipates test results will be available within 24 hours of nasal swabbing.

Even so, players took to social media Sunday to express concerns about whom they might infect including pregnant wives and high-risk children.

I am concerned.
My wife is pregnant.@NFL Training camp is about to start..

We want to play football but we also want to protect our loved ones. #WeWantToPlay

“Well if I have it, and I go home, yeah I got tested, and I might have it but I’m not going to know for 24 hours,” Jensen told USA TODAY Sports. “I’m going to go home and kiss my kids. There’s a lot of uncertainty.”

Sills hopes that regular testing paired with proximity tracking will enable the league to catch and reduce the chance of viral transmission as early as possible. But player, coaches and staff behavioral decisions will affect club safety as well.

“We can’t test our way to safety,” Sills said. “The idea we’ll test everyone, everyone will be negative and then we can go about business as usual is flawed thinking.

“While testing is important, it’s certainly only one component to an overall strategy of creating a safe environment to mitigate risk.”

Preseason slates currently include two games per team (reduced from the typical four), though players continue to advocate to remove them altogether. Players also requested clarity Sunday on protocol for activity ramp-up periods, and to determine how opt-out mechanisms will work. 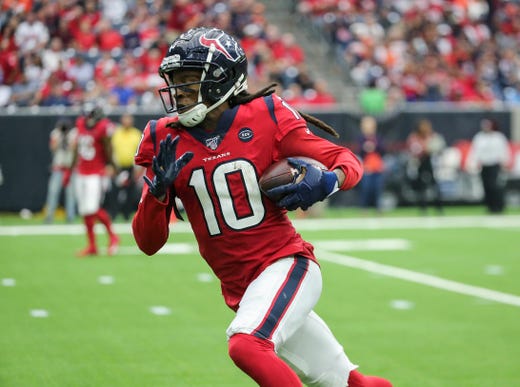 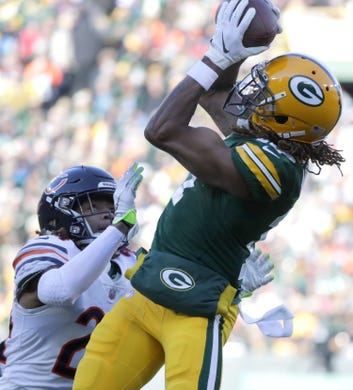 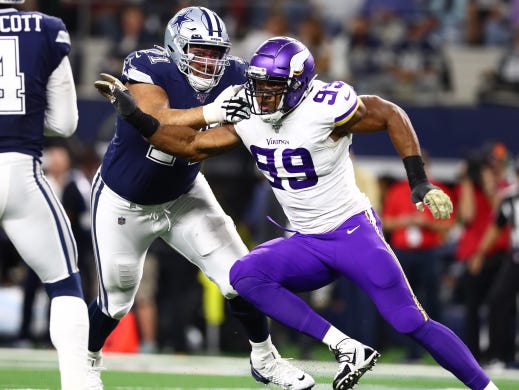 If you love talking football, we have the perfect spot for you. Join our Facebook Group, The Ruling Off the Field, to engage in friendly debate and conversation with fellow football fans and our NFL insiders. Do the right thing, sign up now!