Recruiting mailbag: Will there be a rush of early college commitments amid coronavirus delays?

The Register's Matthew Bain answers your recruiting questions in his online mailbag.

Recruiting mailbag: Will there be a rush of early college commitments amid coronavirus delays? 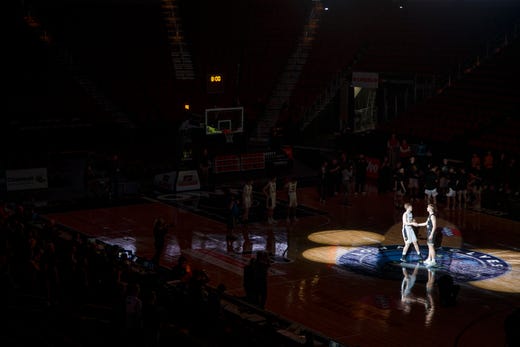 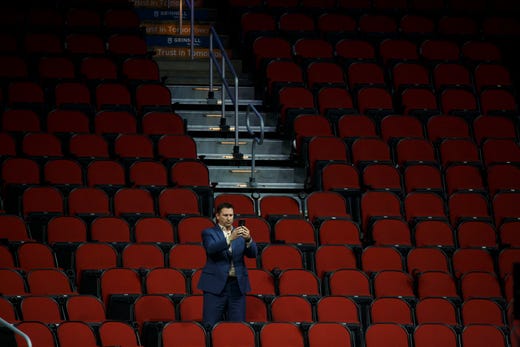 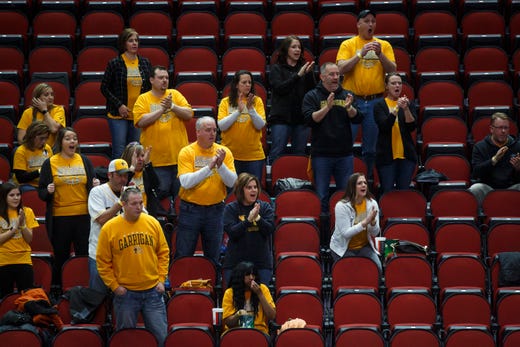 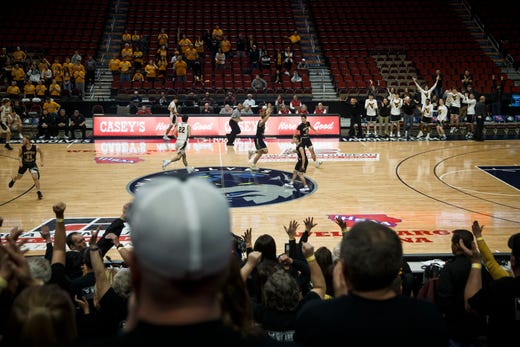 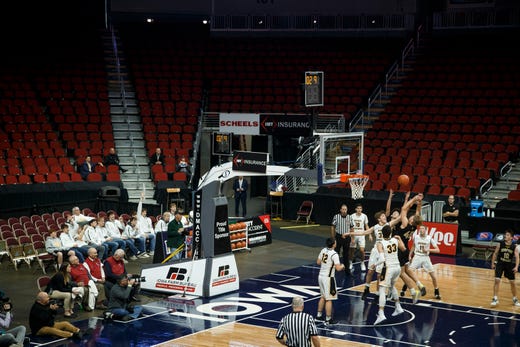 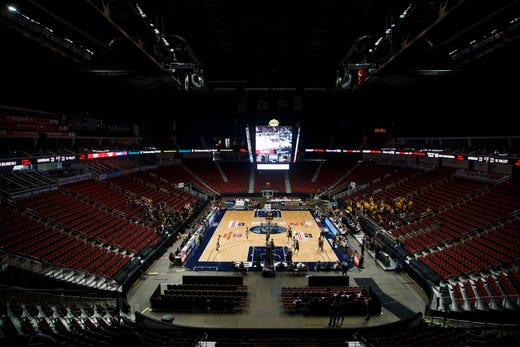 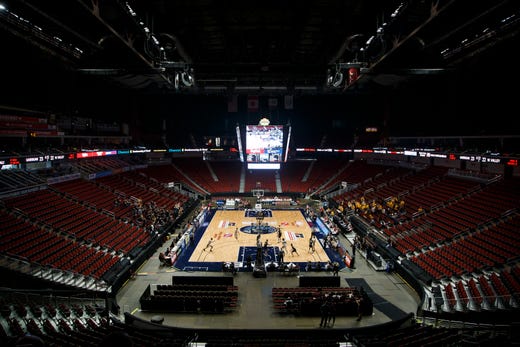 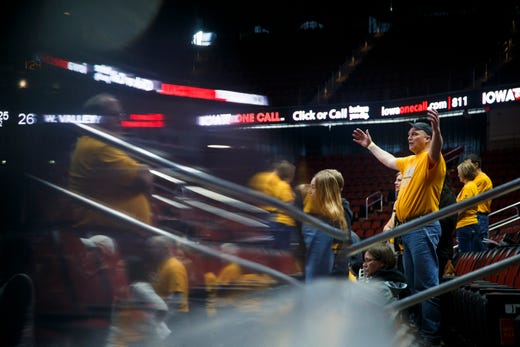 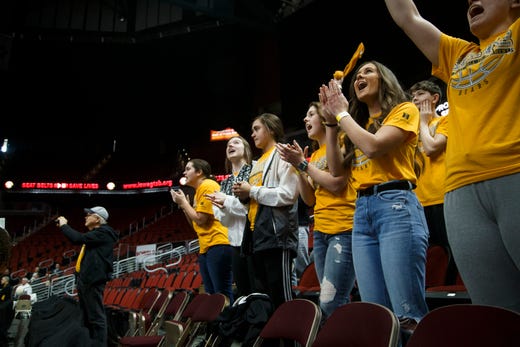 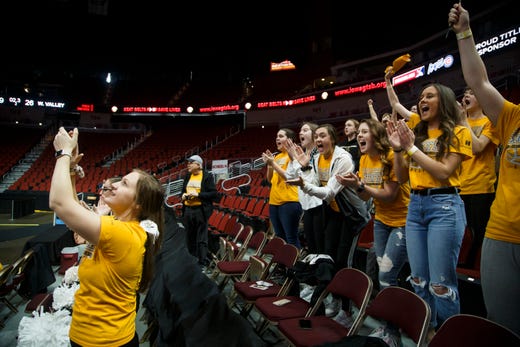 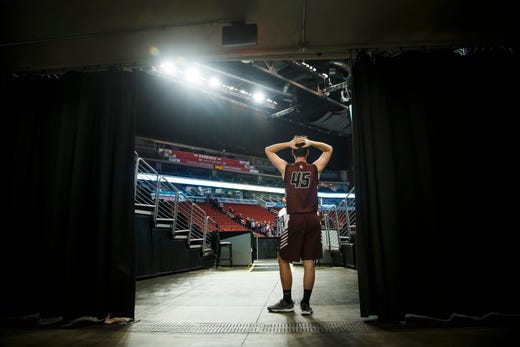 North Linn's Jake Kurt (45) takes one last look at the court after the Lynx lost 51-64 to Boyden-Hull during their 2A state boys basketball championship game at Wells Fargo Arena on Friday, March 13, 2020, in Des Moines. Brian Powers/The Register
Fullscreen 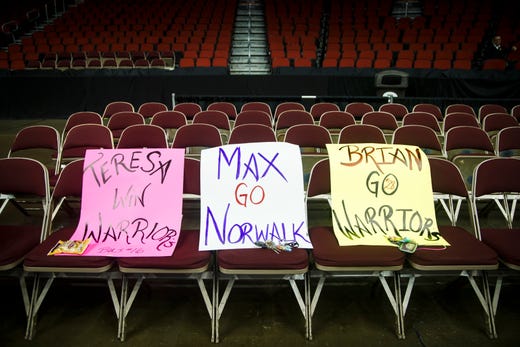 Signs for the 3A game sit in the stands during the 2A state boys basketball championship game at Wells Fargo Arena on Friday, March 13, 2020, in Des Moines. Boyden-Hull would go on to beat North Linn 64-51 to win the 2A championship. Brian Powers/The Register
Fullscreen

Welcome, once again, to the recruiting mailbag.

As always, feel free to send me questions over Twitter or to mbain@dmreg.com. I know I do the call-out for questions on Twitter on Mondays, but I'm happy to take questions any other day of the week, too.

Let's get to this week's answers:

Do you think many recruits will commit soon to their current top school or will most wait until they can get back on campuses and have more contact? — @iowafanwilliams

I've actually been talking to a lot of college coaches for a story you'll see in a few days about what recruiting might look like during the coronavirus pandemic.

Many think the 2020 class will see more impact than the 2021 class. Junior college guys, transfers, spring high school signees, etc. These prospects won't be able to take spring visits anymore, or be visited by coaching staffs during the spring. Because, let's be real: Things aren't going to be different on April 15, when the NCAA's newly imposed dead period is set to be done.

And these 2020 prospects don't have the luxury to wait for summer or even fall to take visits, like the 2021 class can. They need to make decisions. Soon.

So, if a 2020 prospect has a longstanding relationship with a school and he likes the coaches and maybe he's even already taken an unofficial visit, then yeah, I think we'll see plenty of guys like that make decisions sooner than they normally might have.

I'd bet a previously established, human-to-human relationship is going to trump one made via phone or over Twitter while quarantined in your living room.

Unless it's a high-major jumping in the race for a mid-major guy. Or a blue-blood going after a guy with only high-major suitors. Then, things could get interesting.

I don't imagine we'll see the same kind of impact on the 2021 class. Will there be high school juniors who take an offer on the table to feel secure in these uncertain times, with no guarantee they'll get to play in front of college coaches again? Sure.

But I'd think many will wait to commit at least until the summer live periods are done, when they can visit schools in the late summer/early fall. You'll also probably see more juniors extend their recruitments through their senior seasons than usual, hoping to give evaluators as many chances as possible to see them. 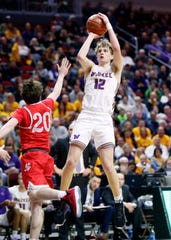 Tucker DeVries, the Register's No. 1 in-state 2021 prospect, told me Wednesday that, before these coronavirus delays, he may have finished his visits and made a decision this spring. Now, he'll likely wait until summer or even into his senior year to commit.

This is all for basketball, by the way, but the same ideas apply for football.

For instance: I don't think a kid like Lewis Central tight end Thomas Fidone, who just included Iowa in his top six along with Nebraska, Michigan, Penn State, LSU and Notre Dame, is going to be in any rush to make a decision.

Iowa State has had an eventful week.

It started Monday, when sophomore forward Zion Griffin entered the transfer portal. That move had been expected.

Then it continued Wednesday with a bit more of a surprise: Caleb Grill announced his intent to transfer, too. 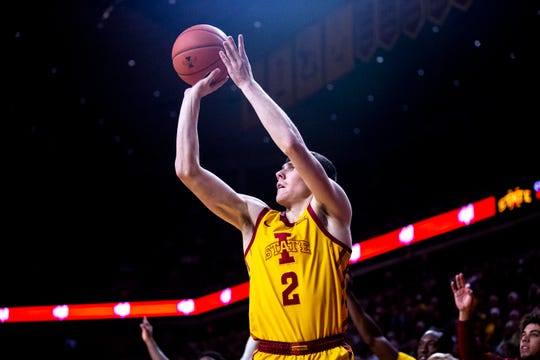 So, is that it? Just two transfers this offseason for the Cyclones?

Well, in the middle of this story getting published, news broke that Terrence Lewis is also transferring. So, that's three in a week. (I guess we'll never know what my pre-Lewis news answer would have been!)

In addition to the transfers, everyone and their grandmother expects Tyrese Haliburton to declare for the NBA Draft. That would leave Iowa State with at least four 2020 slots to fill in the coming weeks and months.

Any ideas or leads in who the Cyclones are looking at in 20? — @markallendaniel

Former Bettendorf star D.J. Carton just announced his intent to transfer from Ohio State, and you can expect the Cyclones to try to get involved there.

Eaddy, a 6-2 guard who attended high school at Tennessee Prep in Memphis, one of Iowa State assistant coach William Small's more fertile recruiting grounds, averaged 15 points and 3.2 assists per game this season while shooting 40.1% and 37.9% on 3s. UConn, DePaul, Seton Hall and Wichita State are among the others involved. 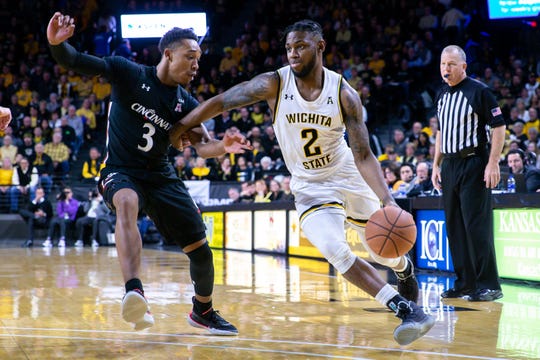 Burton, a 6-4 guard from Charlotte with two years of eligibility remaining, averaged 10.3 points, 3.5 rebounds and 3.4 assists per game for the Shockers. Seton Hall, Texas Tech and Xavier are among the others involved with him.

The Cyclones extended another juco offer this week to 2021 Tallahassee Community College point guard Elbert Ellis. He'll be one of the country's top juco recruits in next year's class, and he already holds offers from Louisville, Nebraska, DePaul, Texas A&M and Ole Miss, among others.

"I’m really excited about it," Ellis told me Wednesday. "Coach (Steve) Prohm and Coach William (Small) believe in me and need a older guard to come in."

Do you see Pryce Sandfort getting any D1 offers this summer or will teams still wait a year or two?  — @andyrosenberger

Do I think Waukee 2023 wing Pryce Sandfort will wind up at least a mid-major prospect? Yes. I think he's really promising and I'm excited to watch his development.

But, unless they're as guaranteed-to-be-a-sure-thing as you can get, it's quite difficult for freshmen to land offers. Usually coaches will want to see how they progress for at least a little bit before extending a full-ride scholarship offer, especially with a prospect like Sandfort, whose body has a ways to go in terms of development. 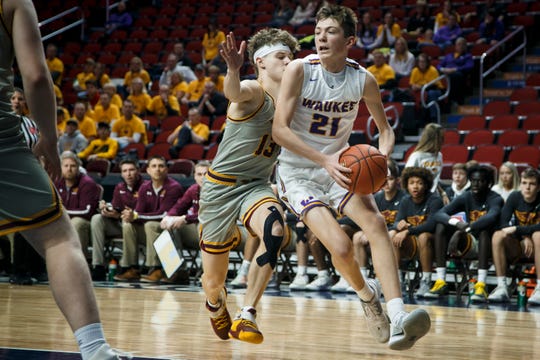 I'd also imagine the coronavirus-shortened AAU season will keep even more freshmen from landing offers this summer, because coaches won't have as much time to scout for the distant future. They'll be worried about seeing as many 2021 kids as possible.

What are you hearing regarding UNI's 2021 class? — @PoptartLudwig

Duax, a 6-5 wing ranked No. 3 in the Register's in-state 2021 rankings, has already picked the Panthers over Western Illinois, leaving three spots open in UNI's 2021 class, as things stand today.

Courbat's lone offer is from UNI and, as a Cedar Falls product, it certainly feels like the Register's No. 4 in-state 2021 prospect wind up a Panther if that's what both parties want. Tschetter has other offers from Loyola Chicago, Colorado State, South Dakota and North Dakota State. Tschetter plays in the same high school conference as UNI 2020 signee Nathan Heise, a shooting guard from Lake City, Minnesota.

Is there any way Iowa could have a super champion? A tourney of all 4 class winners? — @RobRandazzo2

This certainly sounds fun, doesn't it? Maybe we'd use class as seed, so it'd be Ankeny vs. Wapsie Valley and Norwalk vs. Boyden-Hull. Then ... probably Ankeny vs. Norwalk?

But it's probably not happening in this universe. It's never been seriously discussed among the folks who could make that kind of thing happen, from a state level.

Now, if the head coaches from the four championship teams every year decided to coordinate some sort of tournament of champions, that could work. I don't see that happening any time soon, though. The logistics would be a nightmare, and kids almost immediately are moving onto their AAU seasons after state tournaments nowadays. 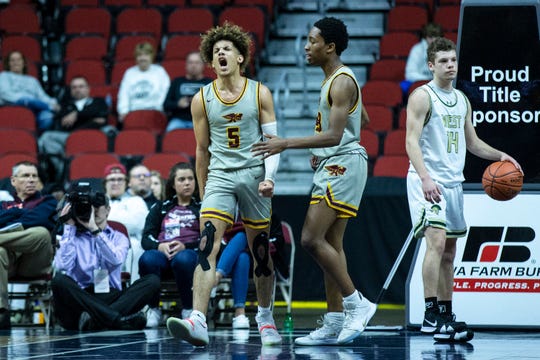